Some packed beaches to celebrate July 4th despite COVID-19 surge 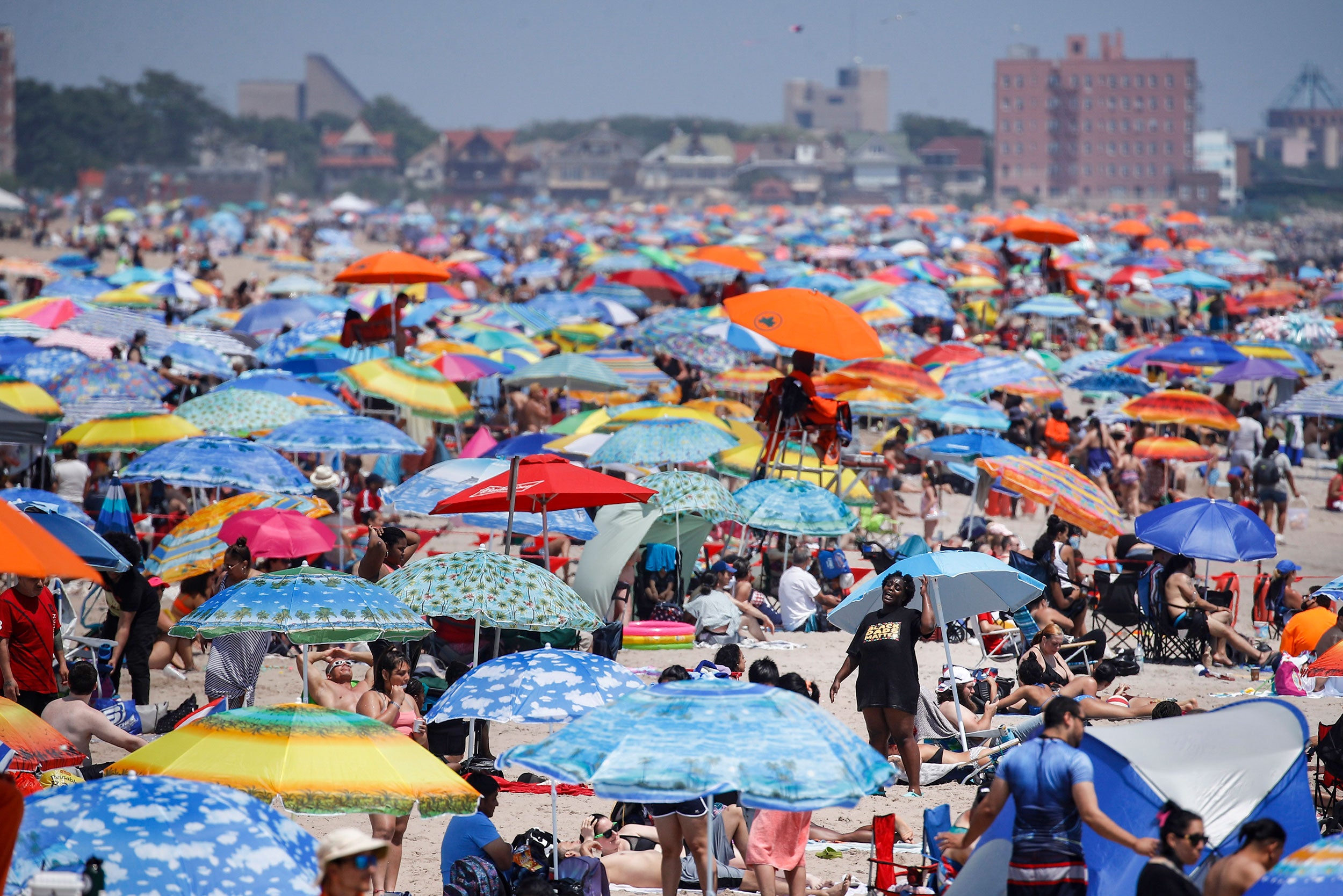 (CNN) — Parts of the country marked a very different Independence Day this year, with many celebrations going virtual or canceled amid the global coronavirus pandemic.

The changes followed pleas from health officials who warned holiday crowds and packed gatherings like the ones the U.S. witnessed over Memorial Day weekend would likely lead to further spikes in coronavirus cases — amid an already raging crisis across the country.

Already, nearly half of U.S. states halted their reopening plans as new coronavirus cases surged to record-breaking numbers in past weeks. Both city and state leaders attributed part of that rise to gatherings of young groups.

At least 19 states now have mask mandates to help curb the spread of the virus, which comes as new research suggests a new form of the virus has spread from Europe to the U.S. — a mutation that makes coronavirus more likely to infect people but doesn’t make patients any sicker than previous variations.

These are the states that require masks

The U.S. Centers for Disease Control and Prevention is now projecting the country will see nearly 148,000 coronavirus deaths by the end of the month. So far, at least 129,676 Americans have died and more than 2.8 million have been infected, according to Johns Hopkins University.

And while many cities took measured approaches to celebrate the Fourth of July, images emerging from the holiday weekend show not everyone is taking the warnings seriously.

Crowds flocked to Virginia Beach shores Saturday, even after the city canceled its holiday fireworks display to “help keep Virginia Beach safe in the face of the coronavirus pandemic.” CNN affiliate WAVY reported city officials warned residents of additional traffic because of the holiday, adding they anticipated tens of thousands of people would visit Virginia Beach.

Rehoboth Beach, Delaware, saw similar scenes as beachgoers opted to celebrate by the water Saturday. Earlier this week, the state’s governor announced bars at Delaware beaches would be closed for the holiday weekend.

Meanwhile, in California, where many beaches in the southern part of the state closed for the holiday weekend, the beach crowds in San Diego were reminiscent of years past. CNN affiliate KSWB reported many were not social distancing or wearing masks.

“It seems pretty regular for the 4th of July with definitely a lot of people,” Marine Safety Lt. Rich Stropky told the affiliate.

In other parts of the country, crowds gathered to continue protests that have been ongoing for more than a month throughout the U.S. In Baltimore, one witness said at least 300 people gathered around a Christopher Columbus statue before toppling it and throwing it in the water. In New York, more than 1,000 demonstrators marched on Brooklyn Bridge as part of the Unite New York Fourth of July Rally & March, police said.

Masks and social distancing were also features that were mostly absent from the White House Fourth of July celebration. Tables on the White House South Lawn were somewhat spaced, with about six chairs per table.

And as people tried to beat the July heat, many congregated in the shady areas of the space, not distancing at all.

Coronavirus cases are on the rise in 34 statesover the past week, with 12 recording an increase of more than 50%, according to data from Johns Hopkins University. Three states — Kentucky, New Hampshire and Vermont — are reporting a decline in cases.

Florida set an all-time record of most coronavirus cases in a single day Saturday, with a total of 11,458 new cases, according to data from Johns Hopkins University.

The state has now surpassed New York’s previous single-day high of 11,434, which was recorded in mid-April.

Despite the rapid rise in cases and officials’ warning Florida may be the nation’s new epicenter, the governor has said he’s not planning on walking back reopening measures.

In Texas, there were 8,258 new cases of COVID-19, according to the latest data released by the Texas Department of State Health Services (DSHS). That marks the second highest number of cases reported in a day from the state. The previous record was set on July 1, when there were 9,308 new cases reported.

Hospitals in at least two Texas counties have hit their maximum capacities.

In Starr County, at least two patients had to be flown out of the area for treatment.

“The local and valley hospitals are at full capacity and have no more beds available. I urge all of our residents to please shelter-in-place, wear face coverings, practice social distancing and AVOID GATHERINGS,” Judge Eloy Vera said.

In Hidalgo County, Judge Richard Cortez asked residents to shelter-in-place and “only call 911 if absolutely necessary.”