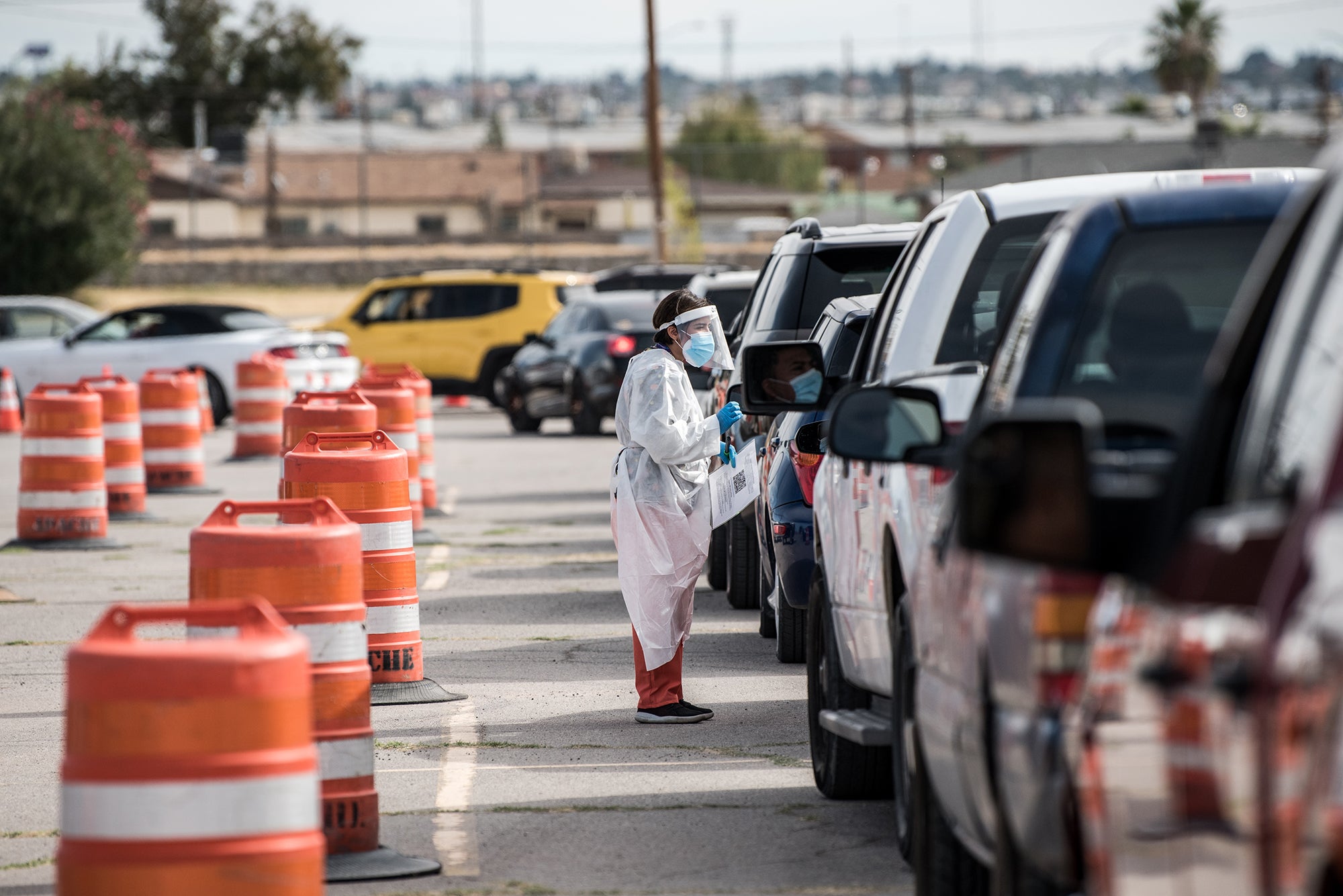 (CNN) — What may have seemed like a ridiculously high prediction weeks ago has turned into reality — and much faster than health experts expected.

“I was predicting just a week or two ago we’d hit 100,000 (new cases a day). I didn’t imagine it would be already there,” said William Haseltine, a former Harvard Medical School professor and chair of ACCESS Health International, a global health think tank.

The United States reported its highest number of new coronavirus infections in a single day — 102,831 on Wednesday, according to data from Johns Hopkins University.

More states are seeing record-high numbers of daily COVID-19 cases. On Thursday, the Pennsylvania Department of Health reported a new record of 2,900 cases in one day.

“The department has seen significant increases in the number of COVID-19 cases among younger age groups, particularly 19 to 24-year-olds,” the health department said.

Also on Thursday, Illinois reported 9,935 new infections — up from its previous daily record of 7,899 on October 31. And another 97 deaths were reported Thursday, bringing Illinois’ coronavirus death toll to over 10,000.

As hospitalizations and deaths surge nationwide, some officials are enacting new rules to try to control the virus’ spread.

“Our number of hospitalized people goes up every day. These are a lot of Kentuckians who are fighting for their lives,” Gov. Andy Beshear said Wednesday. “There’s a lot of pain out there and it’s hitting everybody.”

The state’s health commissioner, Dr. Steven Stack, said he’s concerned “not that we will first run out of bed space but that we may not have enough health care workers to staff all those beds.”

Last week, the closest available ICU bed to one rural hospital was about a six-hour drive away, Kelly said.

Across the U.S., more than 52,000 people were hospitalized Wednesday with coronavirus, according to the COVID Tracking Project.

And at least 1,097 new COVID-19 deaths were reported Wednesday, according to Johns Hopkins. That’s a 23.71% increase from four weeks ago, when the U.S. averaged 696 coronavirus deaths per day.

The battle over a shutdown

El Paso, Texas, reached a record-high number of hospitalizations Wednesday, with at least 1,041 COVID-19 patients hospitalized in the city.

Coronavirus is spreading so rampantly in El Paso County that a fourth mobile morgue was headed to the area this week.

County Judge Ricardo Samaniego, the top government official in the county, ordered a two-week shutdown of all nonessential services last week. Without such measures, he said, “we will see unprecedented levels of deaths.”

But the Texas attorney general said his office has filed a motion for a temporary injunction to stop the judge’s “unlawful lockdown order, which flies in the face of Gov. Greg Abbott’s executive orders on COVID-19.”

Abbott said Samaniego “illegally” shut down businesses. He said the county judge “made it clear that he had not been enforcing existing protocols allowed under law” that could help curb the virus “while allowing businesses to safely open.”

From curfews to mask mandates to crowd control, other state and local officials are scrambling to control COVID-19 during what doctors say will be the worst surge yet.

Massachusetts Gov. Charlie Baker announced a stay-at-home advisory earlier this week that will be going into effect from 10 p.m. to 5 a.m.

Baker also announced new restrictions around gatherings and a new closing time for indoor facilities, theaters and other venues.

Gov. Ned Lamont also recommended residents stay home between 10 p.m. to 5 a.m. to limit the spread through social gatherings — a primary source of infection during this fall surge.

Employed adults who tested positive for COVID-19 were almost twice as likely to report regularly going to a workplace than those who tested negative, according to research published Thursday in the Centers for Disease Control and Prevention’s Morbidity and Mortality Weekly Report.

Of 248 participants who reported their telework status in the two weeks before illness onset, those who had positive COVID-19 test results were more likely to report going exclusively to a workplace.

The findings highlight socioeconomic differences among participants who did and did not telework, the authors wrote. Non-White employees and those who earned less had less opportunity to telework.

“Allowing and encouraging the option to work from home or telework, when possible, is an important consideration for reducing SARS-CoV-2 transmission,” the authors wrote.

When teleworking isn’t possible, worker safety measures should be scaled up, they said.