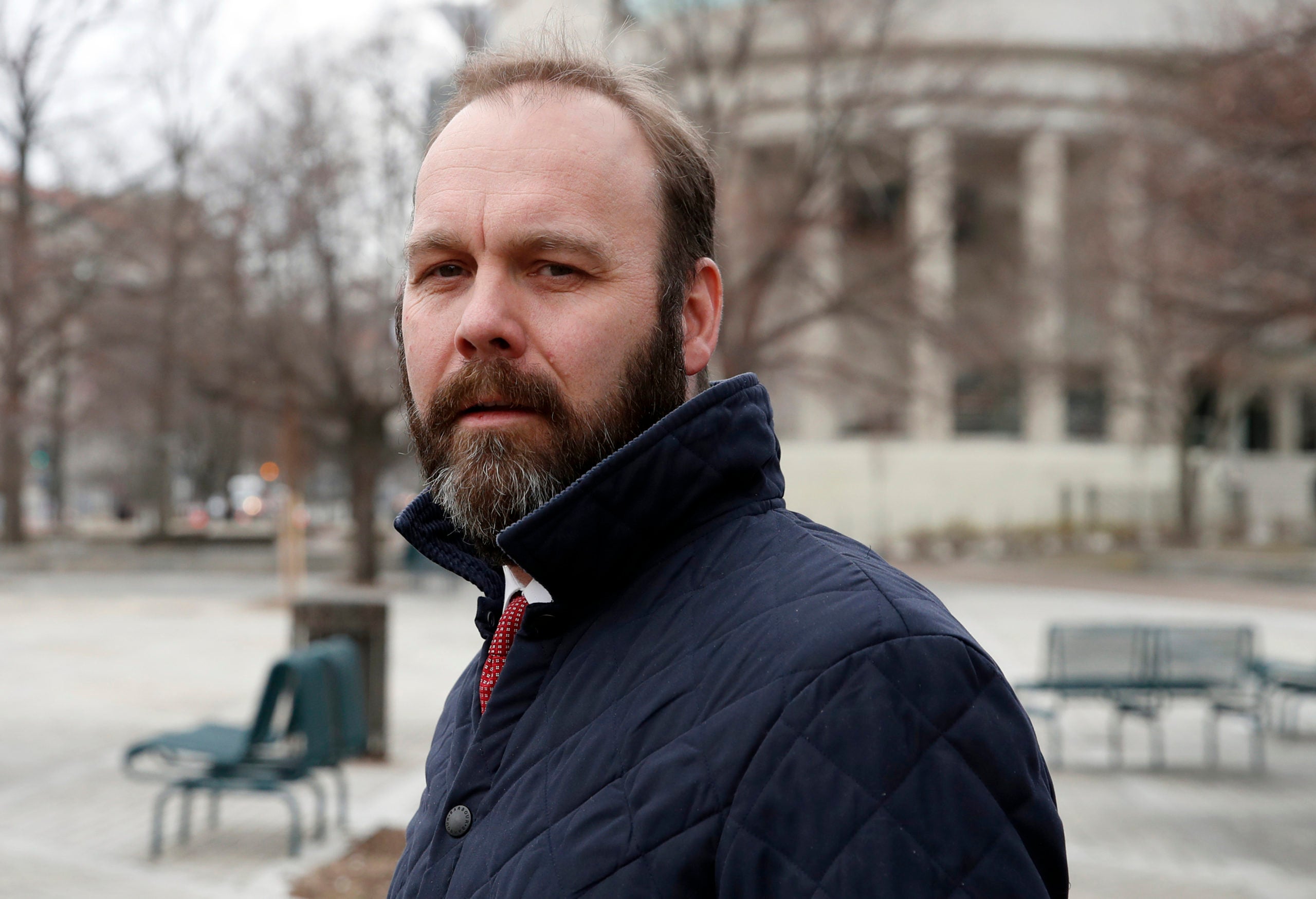 WASHINGTON (AP) — A federal judge has sentenced former Trump campaign official Rick Gates to 45 days in jail and three years of probation, despite his extensive cooperation in special counsel Robert Mueller’s Russia probe and other investigations.

Neither prosecutors nor attorneys for Gates requested any prison time because of his cooperation.

WASHINGTON (AP) — Former Trump campaign official Rick Gates, who was charged in special counsel Robert Mueller’s Russia investigation, will learn how much his extensive cooperation with the Justice Department has paid off when he is sentenced in Washington’s federal court.

Neither his lawyers nor federal prosecutors are seeking prison time for Gates, who pleaded guilty in February 2018 to charges relating to lucrative political consulting work he did in Ukraine. The Justice Department says that Gates provided “extraordinary assistance” in multiple investigations and that prosecutors will not oppose his request for probation. The decision will be up to the judge, who is expected to sentence Gates on Tuesday.

Gates is one of a half-dozen associates of President Donald Trump charged in Mueller’s investigation into ties between the Trump campaign and Russia. All six have either pleaded guilty or been found guilty at trial. The three who have already been sentenced have all received prison time. Two others, former Trump administration national security adviser Michael Flynn and Trump confidant Roger Stone, are awaiting sentencing.

Gates was among the first defendants charged in Mueller’s investigation. An indictment accused him and Paul Manafort, his onetime mentor and the chairman of the 2016 Trump campaign, of failing to disclose the work they did for then-Ukraine President Viktor Yanukovych and of hiding their proceeds from U.S. tax authorities to fund lavish lifestyles and pay for personal expenses.

Gates pleaded guilty to charges of false statements and conspiracy against the United States, and he agreed to cooperate with prosecutors.

He has met with prosecutors more than 50 times, testified in three criminal trials — including the cases against Manafort and Stone — and admitted crimes that the government didn’t already know about, according to a Justice Department court filing last week.

“Gates’ cooperation has been steadfast despite the fact that the government has asked for his assistance in high profile matters, against powerful individuals, in the midst of a particularly turbulent environment,” prosecutors wrote. “Gates received pressure not to cooperate with the government, including assurances of monetary assistance.”