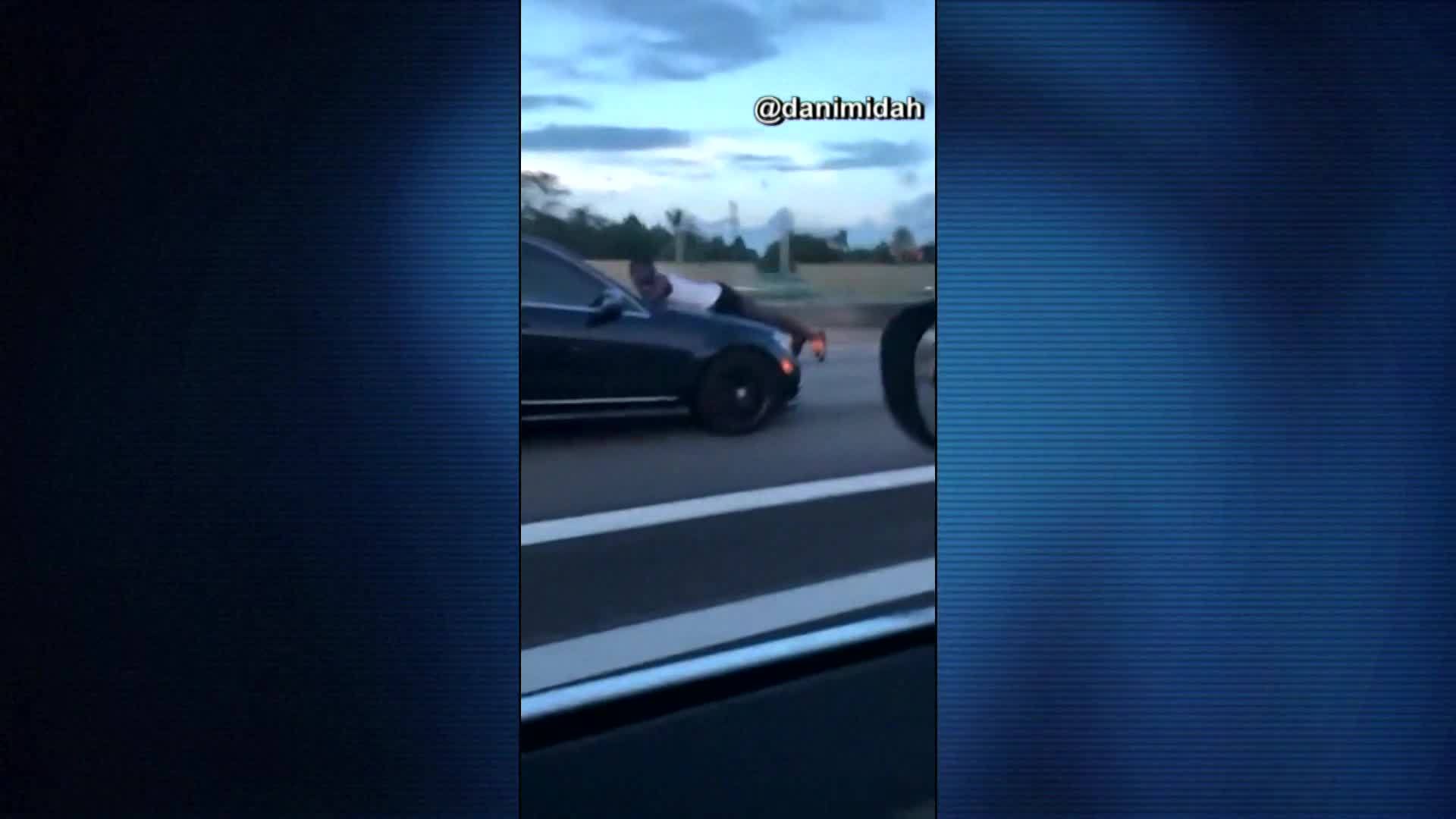 LAUDERHILL, Fla. (WFLA) — The woman who was behind the wheel of a car seen speeding down a Florida interstate with a man holding onto the hood has been arrested.

According to an arrest report, Patresha Denise Isidore, 24, was arrested on charges of culpable negligence and booked into the Broward County Jail on Sunday. She has since been released.

In a viral video that surfaced over the weekend, Isidore can be seen traveling at high rate of speed as a man hangs onto the roof of her car.

The person who recorded the vehicle said he was driving about 70 miles per hour next to Isidore when the incident occurred.

According to the report, Isidore left her home to pick up her daughter when her live-in ex-boyfriend climbed onto the front hood of her car to stop her from leaving.

But that didn’t work, and Isidore continued driving and eventually entered the express lanes on I-95 where she was traveling “at speed consistent with other traffic with the victim still on the hood of the vehicle,” the report stated.

According to the report, Isidore continued driving for about 19 miles, then stopped in West Park where she and the man were found by deputies.

“Despite having multiple opportunities to stop the vehicle and call 911, the defendant never called 911 and instead willfully put the victim in danger by driving the vehicle,” the report said.