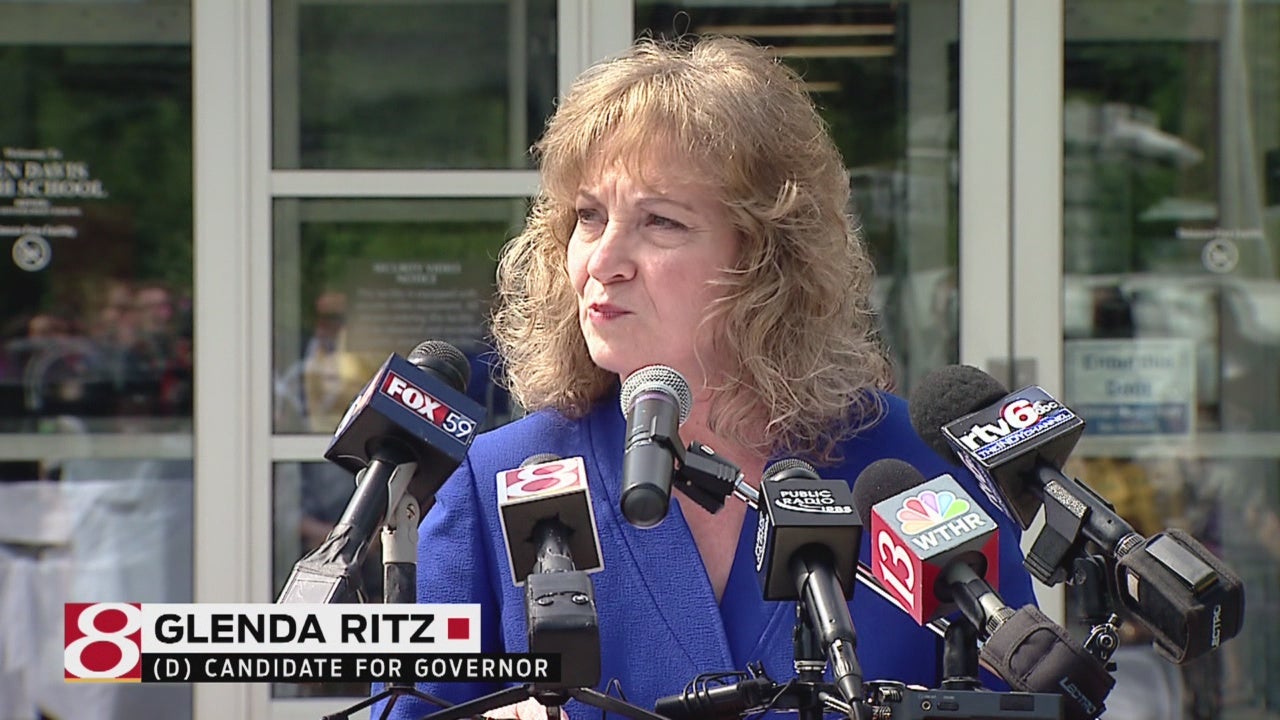 INDIANAPOLIS (WISH) – Glenda Ritz is in the 2016 race for governor. The Democratic state school superintendent made it official Thursday.

Ritz is the third Democrat to get in the race joining Karen Tallian and John Gregg and she told voters that she is the best candidate to beat Mike Pence.

Ritz kicked off her campaign in front of a small crowd outside Ben Davis High School with a call for unity.

It included a promise to pursue statewide equal rights protections for gays and lesbians, an obvious reference to the RFRA controversy sparked by Mike Pence.

“We must respect the personal and civil rights of all of Indiana’s citizens,” she said, “and bring forward legislation that respects the rights of all Hoosiers.”

“As a gay man I support her for that fact,” said Philip Arnold, “and for her having the courage to stand up to the GOP that has attacked her throughout the past legislative session.”

And her ongoing battles with Mike Pence are clearly a motivating factor for this campaign, though Ritz insists it’s a matter of competing philosophies.

When asked if her differences with the governor are personal, she said, “Oh, absolutely not. It’s a matter of preferences on how we move Indiana forward and how that gets done.”

Her support will come primarily from teachers.

“I think she’s what we need now as governor,” said teacher David Sexson.”I thinks she has proven that she is what the students, and parents and teachers need in Indiana.”

But as she hits the campaign trail Ritz must find a way to expand her base without splitting the Democratic party.

Meantime, there is at least one sign that Mike Pence is concerned about a Ritz candidacy. It’s the statement released by state GOP Chairman Jeff Cardwell that said Ritz lacks a successful track record of leading people in her own department.

If this comes down to Ritz versus Pence it will be nasty.