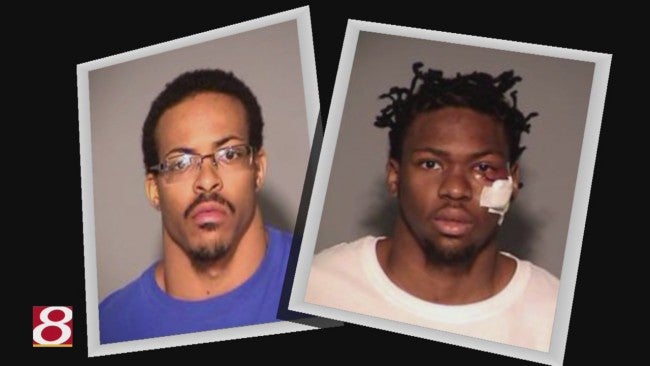 The shootings happened outside the Family Dollar on the 5400 block of West 34th Street. Officers arrived three minutes after receiving a 911 call for a robbery at the store.

According to the police report, the suspects came out of the store and refused to listen to them, one of the suspects is accused of raising a gun at the police.

Officers fired shots striking the two suspects. The men were rushed to the hospital and later released to the Marion County Jail.

The three officers involved in the shooting were placed on administrative leave, which is standard procedure.

24-Hour News 8 discovered that Tyyell Hall had outstanding warrants in Gary for armed robbery. Tyyell will face charges in Indianapolis and in Gary.

Representatives for the Family Dollar declined to talk on camera about the robbery.