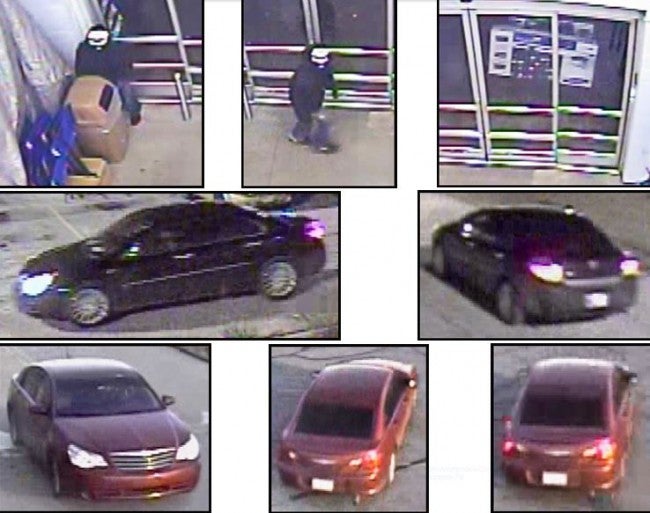 INDIANAPOLIS (WISH) – Police in Indianapolis released surveillance pictures on Wednesday from a burglary at the end of January, in hopes of finding the suspects involved.

Police say two suspects cut the lock from the outside of the garden section, then cut through the vinyl sheeting to get into the building.

Once inside, police say the suspects took six TVs – four 58 inch Samsungs and two 42 inch LGs. The suspects then loaded the TVs in a dark-colored possible Chevy or Saturn 4-door, and a red 4-door Chrysler, and took off.

No license plate information on either of the vehicles was available.