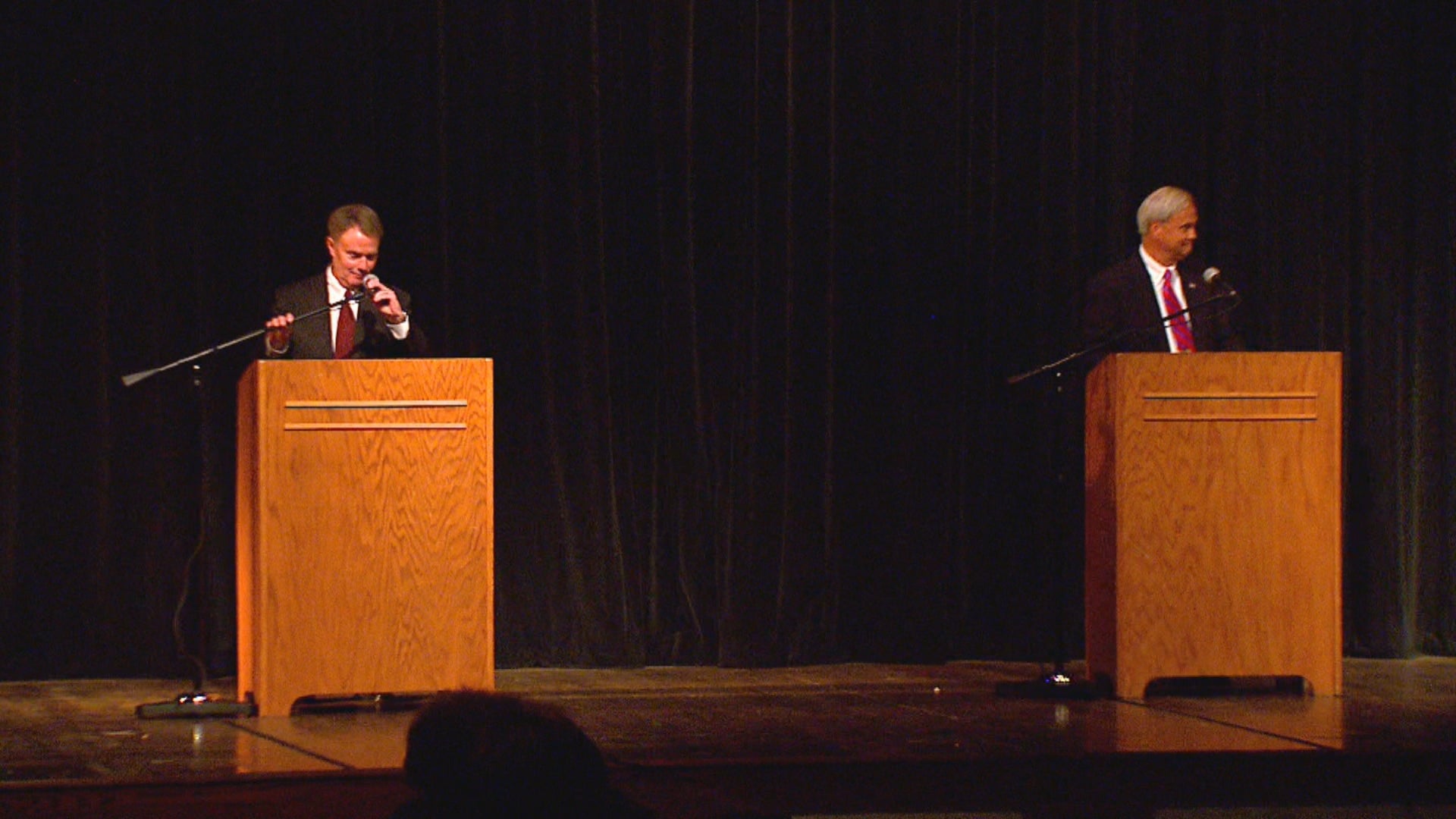 The African American Coalition of Indianapolis hosted the debate as a way for each candidate to lay out his “black agenda,” something coalition leaders said will be key in this year’s election.

Coalition leaders said people in the Indy black community often see choices made for them, not with them.

The first topic of the evening was how to support urban schools in Marion County.

Merritt said, “If you look at my black agenda, one of the items in that is the termination of zero-tolerance policy. … I would like to work with IPS (Indianapolis Public Schools). Also, the idea of having mental health classes in charter schools is something the mayor can control.”

Hogsett said, “I want to be an advocate for increased teacher compensation and teacher pay. That will result in IPS being able to retain high quality teachers.”

The two candidates weighed in on other issues including, affordable housing, food insecurity and economic and black business development.

Hogsett said, “The inclusive growth strategy … creates a framework to ensure where while we help business grow. … We want to focus on the quality of jobs offered as well as the quantity.”

Merritt said, “They need to know that there are new tax credits out there, new market credits, there have to be opportunity for capital.”

Merritt and Hogsett also outlined plans to deal with crime in the city, by making changes to the police department.

Hogsett said, “The most important and profound way you can reduce black victims of homicide is to reduce homicides. … That (is) precisely what we are in the business of doing and that is why at the end of this year we will have a 150 net increase of IMPD (Indianapolis Metropolitan Police Department) officers.”

Merritt said, “This (the murders) has got to stop. … What do we need to do? First of all, we need to create an Indianapolis commission on the social status of African-American males. … We also need top leadership at IMPD.”