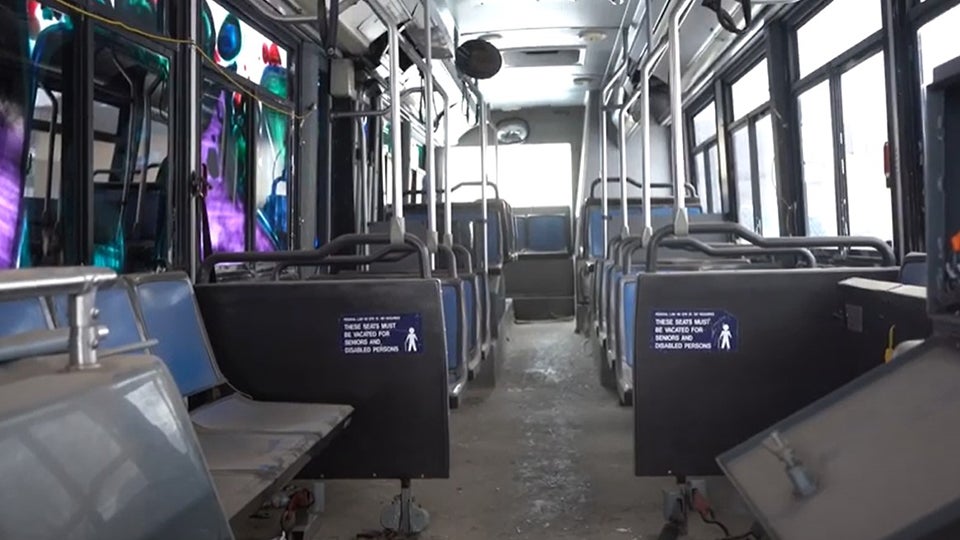 INDIANAPOLIS (Inside INdiana Business) — Indianapolis-based nonprofit PATTERN is launching a mobile pop-up shop thanks to a crowdfunding campaign that raised more than $31,000. The organization, which describes itself as a growth accelerator for Indy’s creative economy, will use the funding to transform a decommissioned IndyGo bus into a space for local small businesses and artists to reach a wider audience beginning this fall. The idea is to rotate pop-up vendors and locations every two to three months throughout the Indianapolis area.

In an interview with Inside INdiana Business, PATTERN Executive Director Polina Osherov explained how the project will work.

“The bus has to be towed; it does not have an engine and it will be taken from place to place. We are talking to different groups about securing locations several months in advance to make sure that we have a home for the bus each time that it moves,” said Osherov. “The idea is to have people apply to be a part of the program.”

Osherov says there is a larger idea surrounding the project, which is to create an incubator to help participating small businesses grow in order for them to eventually set up their own brick-and-mortar locations.

As part of the effort, Osherov says they wanted to have the pop ups last longer than those in the annual St’Artup 317 program, which creates pop-up shops in vacant spaces in downtown Indy for the month of May.

“The month-long pop up in May, you know, it goes by in the blink of an eye. We feel like 60-90 days would be a better way for somebody to test the market and kind of work out some of the kinks of their product or business plan,” she said. “We’re hoping to wrap those people around with some services that will help them, whether it’s putting together a business plan or get additional funding or just figure out how to keep better track of their inventory and funds.”

The bus is being built out by Blackline Studio, an architecture, planning and interior design studio based in Indy. Once the buildout is complete, the first vendor featured in the mobile pop-up shop will be Erica Scott of Fly’s Nest.

“Location-wise, the sky’s the limit. Wherever they’ll let us pop up, that’s where we will end up going. It could be the City Market. It could by 16 Tech. It could be the parking lot over at Circle City Industrial Complex. There is a little bit of placemaking involved with this whole idea; potentially, we could pop up in neighborhoods that don’t have any other stores or boutiques just to create interest and to drive more traffic to those particular areas.”

Osherov says the ultimate goal would be to create a fleet of mobile pop-up shops, particularly as IndyGo decommissions more buses.

“More importantly, we hope that this will allow us to grow the incubator concept so that we can do the incubator also in brick-and-mortar locations around the city as well,” she said. “We’re just trying to figure out the most effective way to help support our local small businesses and creatives and growing their businesses, whether it’s bringing the bus to them or taking them and putting them in a store front somewhere in downtown or Mass Ave or something like that.”

The crowdfunding campaign is the third launched by PATTERN and is the largest to date. The project is also set to receive a matching grant through the Indiana Housing and Community Development Authority’s CreaINg Places program.