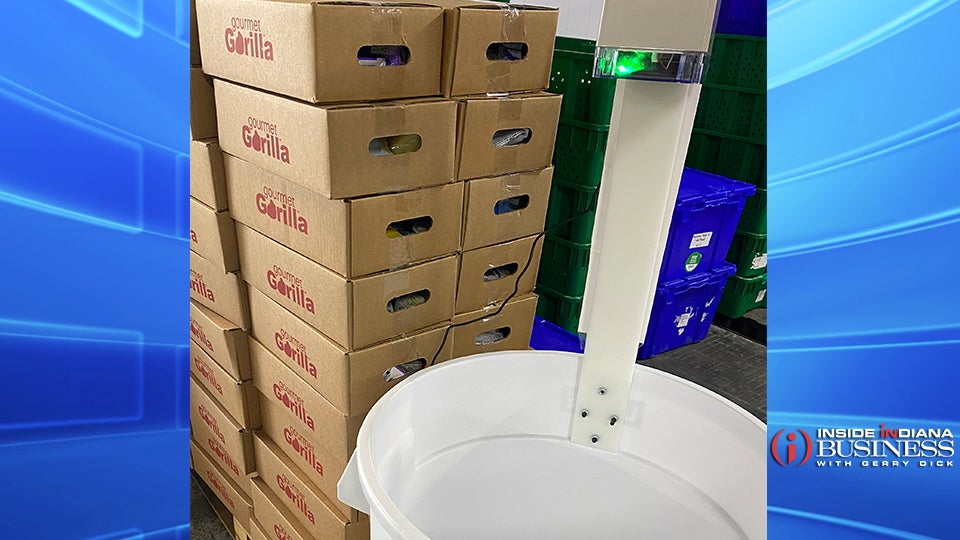 SOUTH BEND, Ind. (Inside INdiana Business) — A South Bend-based startup focused on reducing food waste has closed on a $1.1 million pre-seed round of funding. FloWaste Inc., which uses machine learning to determine how much food gets thrown away, says it plans to use the funding to scale up and improve its technology.

Founder and Chief Executive Officer Rian Mc Donnell says customers using FloWaste’s platform can identify 20 foods they want to track and, using cameras throughout the customer’s operations, the system can provide data on the amount of food being discarded.

“We gather a ton of data,” said Mc Donnell. “And we can chop and change that data based on ingredient usage, yield, shift performance, or daily performance. We present those insights to the management, and then they can make procedural changes.”

FloWaste has signed agreements to launch the platform at more than 100 locations with its pilot customers over the next nine months. The company says it will also use the funding to help address the challenges of creating a hardware system from scratch, with plans to hire a full-time Internet of Things engineer in the near future.

“We’re working on installing in cafeteria kitchens and doing post-consumer analytics for customers who want that,” says Mc Donnell. “And we’re looking at quick-service restaurants because they have such an emphasis on optimizing their processes and their yield of food in the kitchen.”

The $1.1 million comes in addition to $270,000 in pre-seed funding FloWaste received in March, as well as $20,000 it landed through the Elevate Nexus Pitch Competition last year.