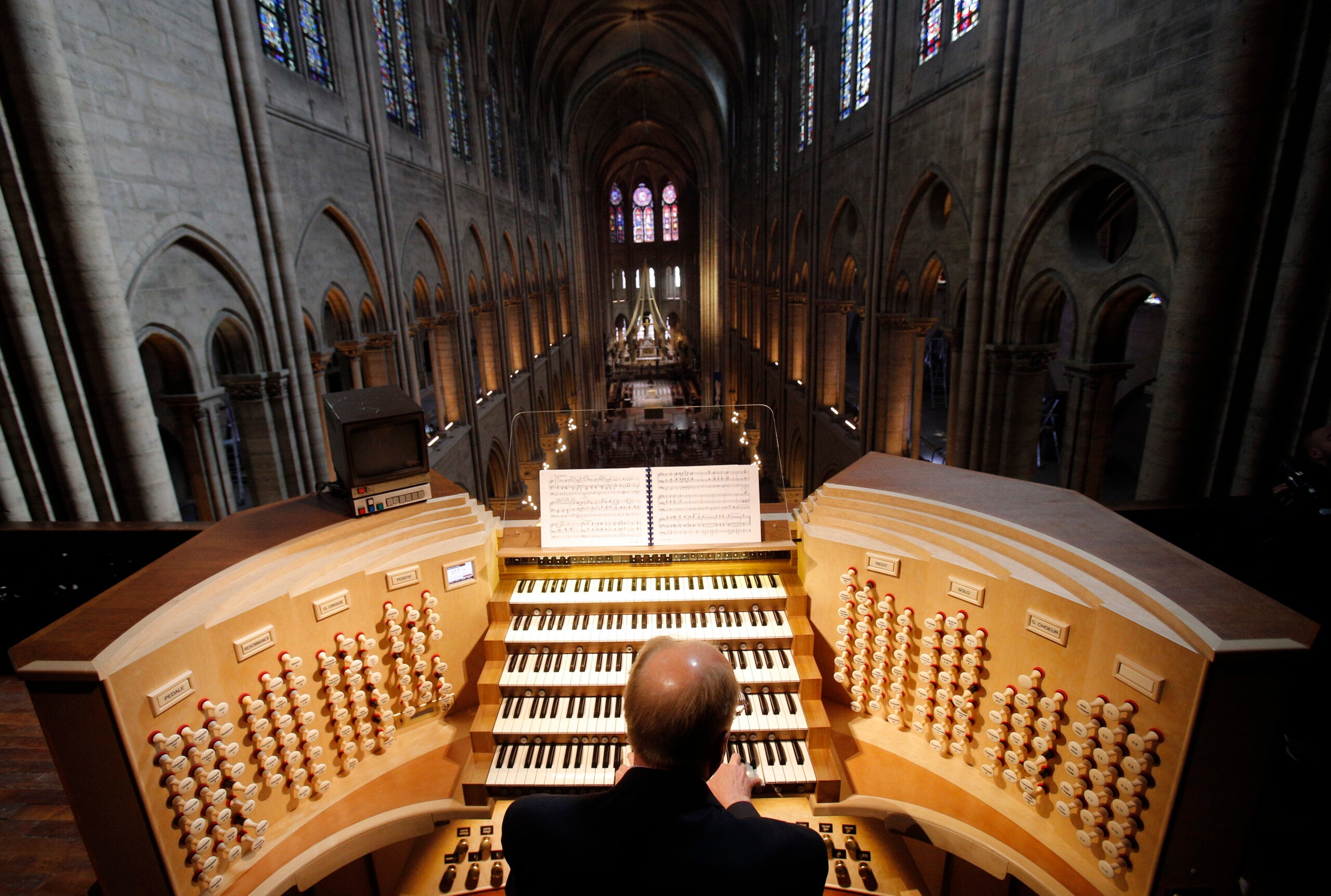 PARIS (AP) — Pipe by precious pipe, the organ that once thundered through Notre Dame Cathedral is being taken apart after last year’s devastating fire.

The mammoth task of dismantling, cleaning and re-assembling France’s largest musical instrument started Monday and is expected to last nearly four years. It will take six months just to tune the organ, and its music isn’t expected to resound again through the medieval Paris monument until 2024, according to the state agency overseeing Notre Dame’s restoration.

Amazingly, the 8,000-pipe organ survived the April 2019 fire that consumed the cathedral’s roof and toppled its spire. But the blaze coated the instrument in toxic lead dust that must now be painstakingly removed.

And while the organ didn’t burn, it did suffer damage from a record heatwave last summer and has been affected by other temperature variations it’s been exposed to since the 12th-century cathedral lost its roof, the agency said.

Experts stared removing the organ’s keyboards Monday and will then take out its pipes in a dismantling process that will last through the end of this year, according to the restoration agency. The pieces will be placed in special containers inside the huge cathedral, where the cleaning and restoration will take place.

The general who leads the agency said the organ, which dates from 1733, will next play again on April 16, 2024, marking five years since the fire.

President Emmanuel Macron hopes the cathedral can reopen in time for the 2024 Olympics in Paris. But it’s taken more than a year to clear out dangerous lead residue and scaffolding that had been in place before the fire for a previous renovation effort, and reconstruction of the landmark has yet to begin.