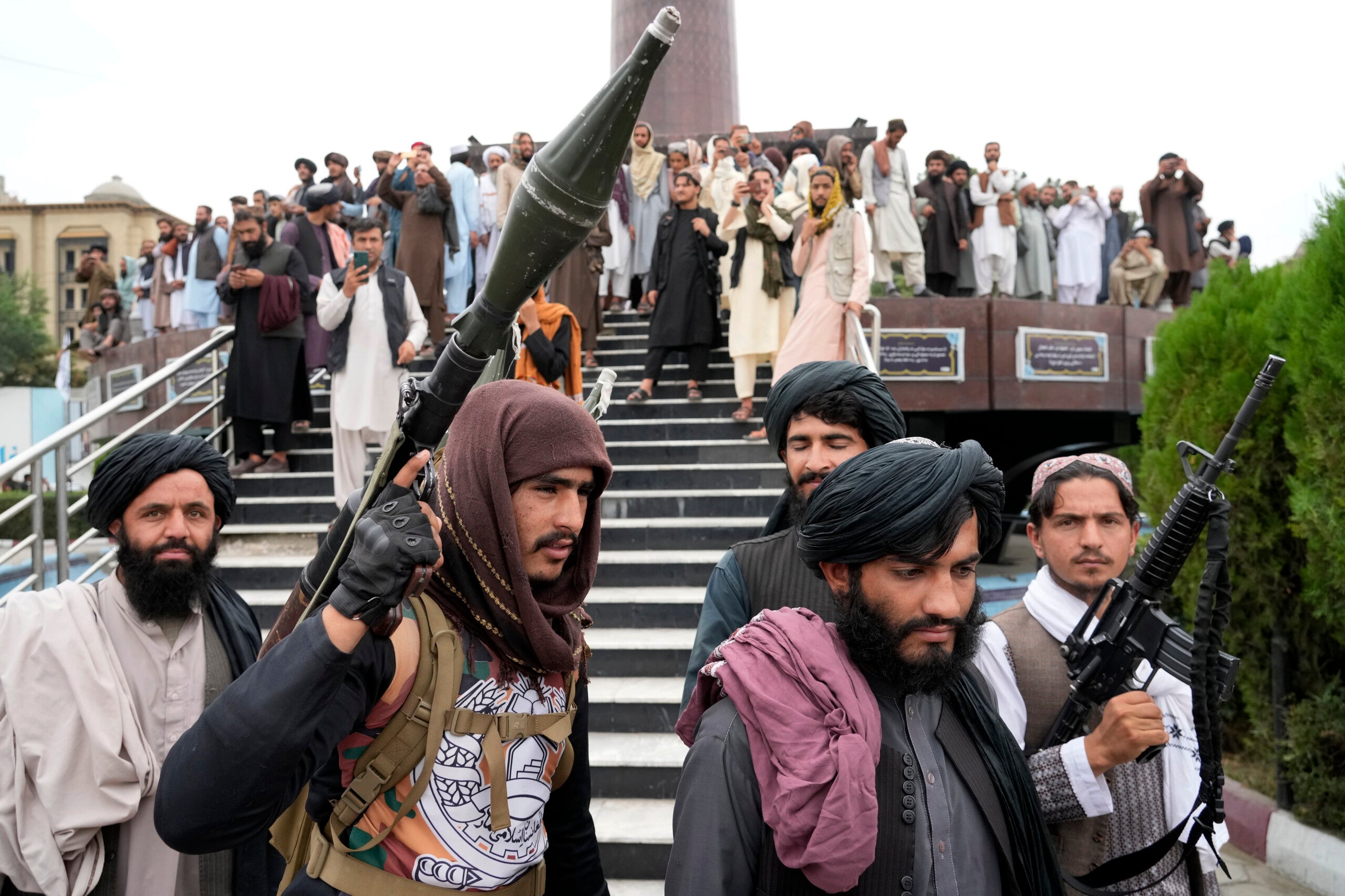 Taliban fighters celebrate one year since they seized the Afghan capital, Kabul, in front of the U.S. Embassy in Kabul, Afghanistan, Monday, Aug. 15, 2022. The Taliban marked the first-year anniversary of their takeover after the country's western-backed government fled and the Afghan military crumbled in the face of the insurgents' advance. (AP Photo/Ebrahim Noroozi)
by: RAHIM FAIEZ, Associated Press
Posted: Nov 23, 2022 / 10:39 AM EST / Updated: Nov 23, 2022 / 10:39 AM EST

ISLAMABAD (AP) — A local official says that the Taliban have lashed three women and nine men in front of hundreds of spectators in a provincial sports stadium in central Afghanistan.

It signaled the religious extremist group’s resumption of a brutal form of punishment that was a hallmark of their rule in the 1990s. The governor’s office in Logar province sent out invitations to Wednesday’s lashings via social media.

Those being punished received between 21 and 39 lashes each, after being convicted in a local court of purported theft and adultery.

The resumption of the practice underscored the Taliban’s intention of sticking to their radical interpretation of Islamic law, or Sharia.