Leaving the lake: Flood aftermath pushes people away from lake homes for holiday 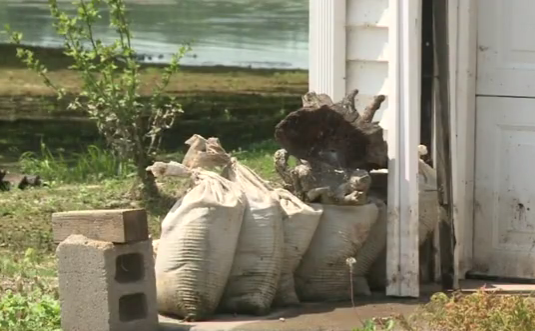 ROME CITY, Ind. (WANE) – It was a quiet weekend on the West Lakes Chain up in Noble County, and you could say the same for Monday. Many people still have flooded properties and motor boat restrictions are keeping people off the water. Instead of families heading there for holiday festivities, many people are leaving to go to other lakes instead

More than 12 inches of lake water flooded into Gordan Anthony’s home on Waldron Lake back in May, ruining two rooms and two garages and costing him $25,000 in damages on the inside alone. “After the water leaves, the water goes down, everybody thinks the floods over, but in reality, the hard work begins,” Gordon Anthony said.

Anthony had to cut through drywall to take out insulation, remove carpet, have multiple discussions with insurance companies and treat for mold, just to name some of the work: “We scrapped and saved to live on the lake, we just didn’t want to live in it.”

Then there’s outside — logs and pieces of wood washed up. “You get to the point where you just put your hands in the air. There’s nothing you can do. Protect your own life and protect the lives of your family. Everything else is in Mother Nature’s hands.”

Anthony, his wife and two small dogs were forced to evacuate during the worst of the flooding. Their row boat was stolen at that time, as thieves knew police couldn’t make their way to the area. And even though it’s not the holiday weekend or week the two live at the lake for, Anthony was more focused on the cleanup and all of the people who chipped in to help. “We’ll cross our fingers. We’ll come back, we’ll clean her up, we’ll rake down the yard, we’ll plant new grass and hope next year it’s going to be a drier year,” he said.

Anthony even made some light jokes while he and his wife tried to stay positive, as the Fourth of July week wasn’t what they hoped for: “We joke about some of the things up here, the folks that live here, but you have to do that in order to keep it straight.”

Flooding has been a problem at West Lakes for decades. People who live there blame it on the Elkhart River being blocked with logs and debris. There are neighborhood community action meetings July 12, 19, and 26 at 5:30 p.m. at Orange Township Fire Department Hall.