Leonard found guilty of all counts in Richmond Hill trial 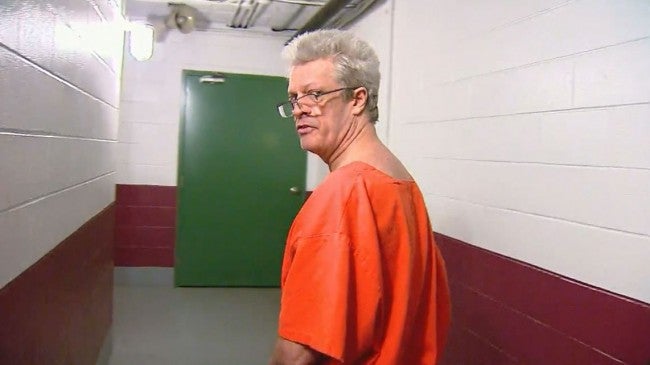 Jurors deliberated for just about four hours before reaching their decision.

The guilty verdict came after more than a month of testimony, hearing from more than a hundred witnesses, and seeing hundreds of pieces of evidence in the second trial in connection to the Richmond Hill explosion in 2012.

Prosecutors worked to show why they said Bob Leonard played a critical role in the conspiracy to collect insurance money. Leonard’s defense team said prosecutors did not provide credible evidence that Leonard had taken part in the conspiracy.

Investigators said the explosion was set intentionally, by removing a key piece of the gas system from Monserrate Shirley’s home, then removing a Dante valve from the fireplace to allow gas to flow into the home freely. They say the explosion was sparked by placing a cylinder inside a microwave with a timer. Prosecutors charged five people in all, in connection to the plot they say was to collect insurance money.

The 2012 explosion in Indianapolis’ Richmond Hill neighborhood killed Dion and Jennifer Longworth and damaged or destroyed upwards of 80 homes.

John Longworth, victim Dion Longworth’s father, spoke to reporters after the guilty verdicts. He said this was a relief, and thanked the fire department, police department, and prosecutor’s office.

“It is good that somebody that seems to be as evil as this has been taken out of circulation so he won’t hurt anybody else. But there’s nothing to be happy about. It’s all sad. It closes one more piece in the tragedy. It helps with putting the nightmare behind us some, but it is sad somebody would throw away life for a little bit of money,” said Longworth.
“We’re very gratified by the jury’s verdict. They took the case seriously, listened to all the evidence, and we could not commend the Fort Wayne jury enough. We thank them for their service,” said Marion County Deputy Prosecutor Denise Robinson.
“Ultimately these cases are about justice, about getting the right results, doing the right thing, and hoping in the end to the extent that you can, bring justice to the residents of Richmond Hill and to the Buxtons and the Longworth families. That’s what you do. That’s our job,” said Robinson.
Defense attorneys for Leonard told jurors in final arguments that there was no credible evidence that Leonard was part of the conspiracy. They asked jurors to take a second look at phone records, and to consider why inmates may be testifying.
“We’re very disappointed,” said defense attorney Ted Minch, after the guilty verdict came down. “You work on a case for three and a half years, you have thousands of documents… witnesses.. all kinds of depositions that are taken, and you prepare your case and you give argument in your case. You invested a lot of time in it, because you believe in it.”
Minch said he respected the jury’s decision, but said it’s more than disappointing.
“I think what we were always concerned about and we tried to discuss this with the jury, during voir dire, is the enormity of the case, and can we get beyond the enormity of the case, the amount of destruction, the death, the descriptions you hear: it’s like a war zone. That was always our concern and I’m not sure we were ever able to overcome that,” Minch said.
One juror afterwards explained more about how the jury came to their decision.
“It was really nine key factors that we narrowed it down to, and four really stuck,” explained juror Casey Shafer. “Having the DNA evidence on the door and the van, that was a big key factor. The Gas Light Inn and the testimony by Arthur Kirkpatrick, to be able to have the visual video of that, to see that.. and to have him say that Bob was the person asking the questions.”
“The Justin Leonard, Jessica Goodwin testimony were other factors, the totes that were being picked up right around, that really nailed for us that there was evidence that there was a conspiracy,” added Shafer.
“You combine those factors, those are definitive things that happened and led to the conspiracy,” he explained.
Shafer said he would have liked to have heard from Bob Leonard himself. He also said Monserrate Shirley’s testimony wasn’t a decisive factor for them, saying her testimony was corroborated by other witnesses or evidence.
“The defense did put up a really good case, but the rebuttal by Mrs Robinson made it clear there were certain things that were embellished a little,” he added.
Shafer said he wanted to speak to the media, in order to explain to those affected by this, how they came to their conclusion.
“We wanted to tell you about this experience. We believe in that process. It was amazing to see how people work together with different ideas. It was amazing to see the system in action, and for us to make that choice. Overall, we felt it was important for the people who were affected by this, to understand why we came to that conclusion,”he said.

In a separate hearing after the guilty verdicts were read, the judge said she will consider life without parole at Leonard’s sentencing hearing on March 18.

During that hearing, the judge heard a part of an audiotape that had never before been heard in court: the final moments of victim Dion Longworth’s life, as he was trapped inside his burning home. His burglary alarm had gone off, and the company had called him, and recorded the call. The judge will consider that recording as she considers whether Leonard will spend life in prison.

Today’s verdict represents the third step in a long journey for the families of Dion and Jennifer Longworth and for the victims and neighbors of Richmond Hill. More than three years have passed since the night that this senseless, criminal act devastated the lives and destroyed the homes of many. We will continue to pursue our pledge to bring justice for the residents of Richmond Hill as the final pending cases are prosecuted.

As I have previously acknowledged, the investigation and prosecution of this matter has literally taken tens of thousands of hours of effort by numerous individuals. I commend Det. Jeffrey Wager and IMPD investigators, Lt. Mario Garza and IFD investigators, agents of the Federal ATF, Homeland Security, the Marion County Sheriff’s Office, and our trial team for their extraordinary work leading to the convictions of Mark and Bob Leonard.”

Jurors considered 51 counts in all. Counts 1 and 2 are murder charges. Count 3 is conspiracy to commit arson. Counts 5-16 are arson as a class A felony, or for the people who were hurt in the explosion. Counts 17-50 are arson as a class B felony, or for those people whose homes were damaged or destroyed. Counts 53 and 54 are “knowing” murder, which could carry a life without parole sentence if Leonard is found of guilty. The numbers you do not see listed are the charges Mark Leonard was charged with and Bob was not: insurance fraud and another count of conspiracy.