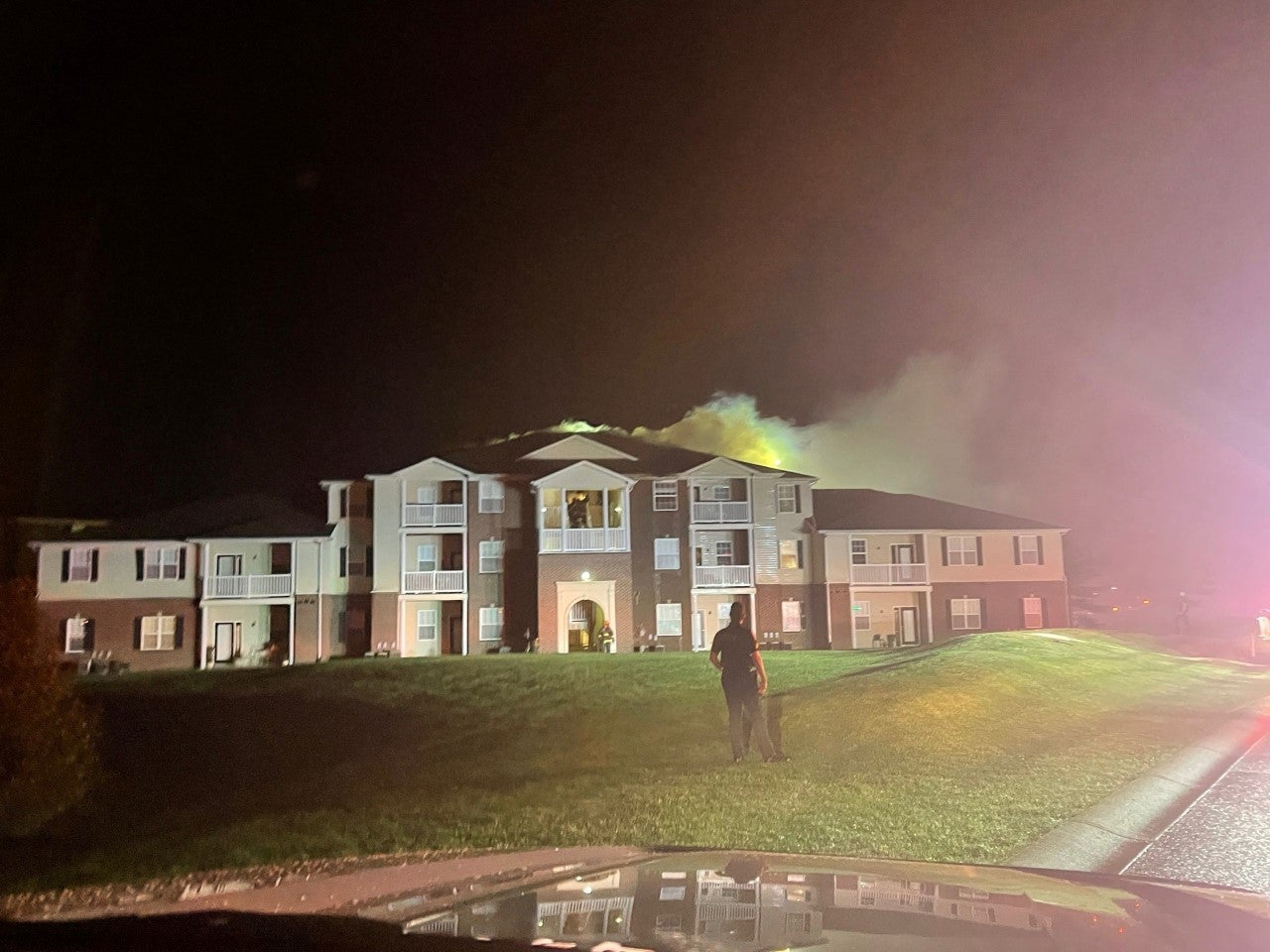 ZIONSVILLE, Ind. (WISH) – Lightning struck a Zionsville apartment building Tuesday evening and sparked a fire, according to the town.

Just before 10 p.m., fire crews were called to the 1700 block of Williams Glen Boulevard for an apartment fire.

Upon arrival at the scene, heavy smoke and fire coming from the roof of the building could be seen.

Crews were able to leave the scene approximately two hours after getting the first call of the fire.

One resident was injured and was treated and released at the scene. A firefighter was also hurt and was transported to the hospital for a minor injury.

Zionsville said all residents living in the struck apartment building have been relocated by apartment management.