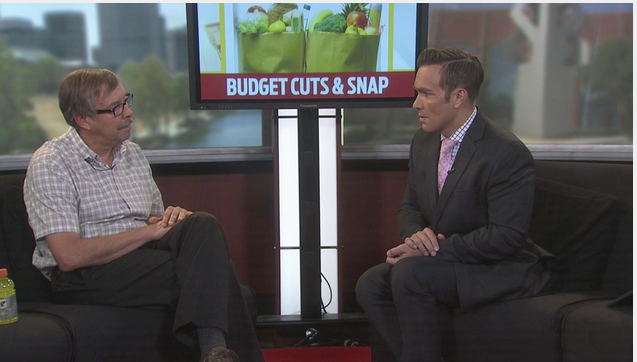 You may remember it was first introduced by President Trump back in May of this year. It was controversial from the get-go, in part because it included cuts to several government programs such as Medicaid.

The proposal also included a cut of over $193 billion over 10 years from SNAP, the food stamp program that helps over 42 million low income Americans put food on the table.

Dave Miner with Bread for the World was on WISH-TV to talk about how it would affect Hoosiers and how he is working to bring attention to the proposed cuts.

To learn more about how Miner is working to bring attention to the proposed cuts and Bread for the World, click here.