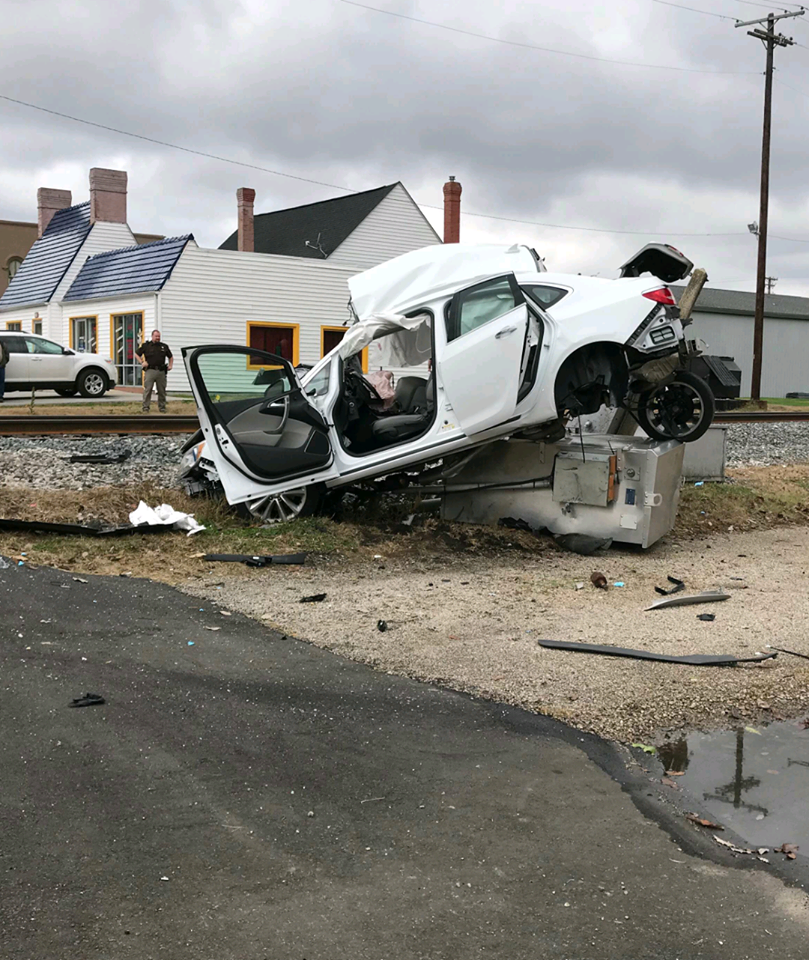 EDINBURGH, Ind. (WISH) — A 74-year-old woman is dead after a crash involving a car and a train in the town.

The Edinburgh fire chief told 24-Hour News 8 on the phone that the victim was the driver and the only person in the car. Investigators were trying to figure out the moments leading up to that crash.

Police spent hours trying to reconstruct the crash by taking measurements and pictures of the scene.

Police said the driver was heading east on East Main Cross Street when she crossed the tracks into the path of the northbound train. People who work nearby say they heard the impact.

“Very horrific,” said one witness who declined to be identified on camera. “It’s heartbreaking.”

“Just heard a loud noise, then we heard the train whistle and, of course, we immediately thought the train hit something so we ran out and sure enough that’s what we seen,” she said.

She said her coworkers and several other people tried to help the driver.

“Basically they just ran back to me and had me call 911 and they went back to try to get her out of the car,” she said.

The deadly crash has raised concerns about safety among people in town and whether enough is being done to warn drivers about the oncoming train at this intersection.

The crossing does have flashing lights. Police received some concerns from people who thought the lights might not have been working.

“We had been able to determine that the flashing lights at the intersection were flashing,” said Chief David Mann of Edinburgh Police Department.

Police were urging people to be mindful of some of the new changes on the tracks.

24-Hour News 8 learned from the town manager that the trains are moving faster through town because of a speed limit change. Louisville & Indiana Railroad gradually increased the speed limit over the summer and fall.

It’s unclear how fast the train in the deadly crash was going, but the new maximum speed is 49 mph, according to our partner newspaper The Daily Journal.

24-Hour News 8 reached out to the railroad company for a comment but did not hear back Monday night.