Apartment fire leaves 19 people displaced on the southeast side 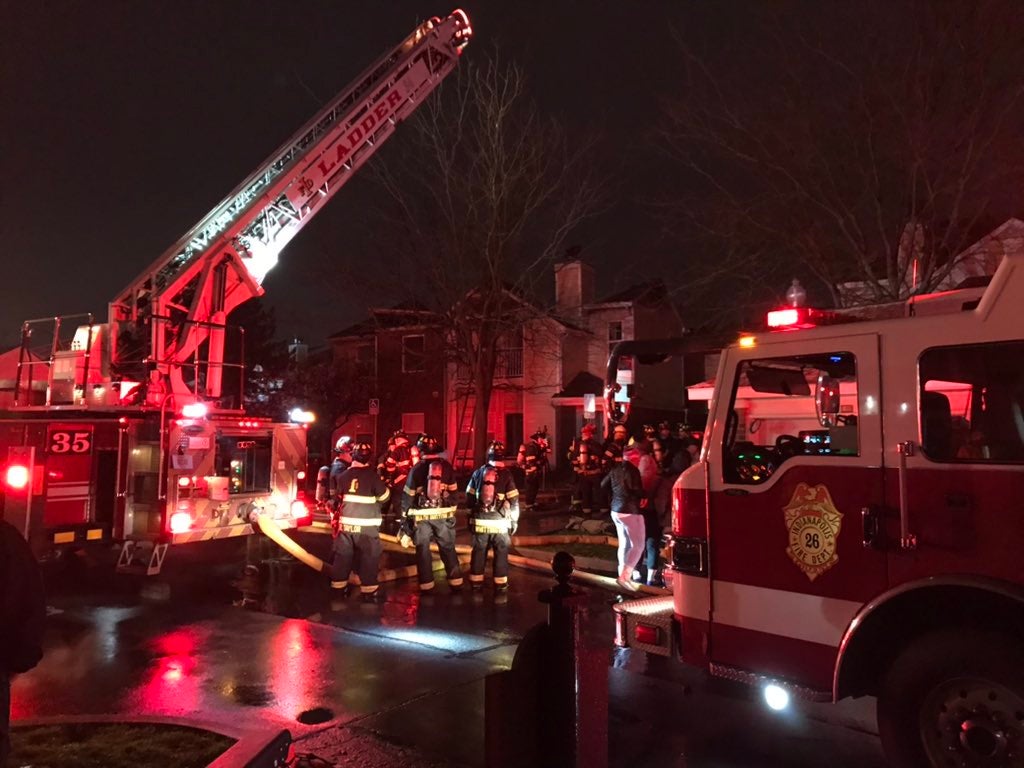 INDIANAPOLIS (WISH) — An apartment fire on the southeast side on Monday night has left 19 people displaced.

The Indianapolis Fire Department responded to multiple calls about a fire at Lakes of Windsor Apartment, located off of East Southport Road, at 9:43 p.m.

The fire department says they believe the fire originated from a wood-burning fireplace at Lakes of Windsor Apartments.

Residents Andries and Whitney Steele told investigators that the fire started in their apartment. Andries noticed a glow coming from a vent near the chimney after putting out the fire in the couple’s fireplace.

A neighbor then knocked on their door to alert the couple that the building was on fire.

Investigators found heavy fire in the attic space above the Steele’s apartment. They believe embers from the fireplace sparked a fire there.

The fire deparment contained the fire by 10:19 p.m.

Andries, Whitney, their children and dog were evacuated safely but lost everything in the fire.

The Indianapolis Fire Department is encouraging those with wood-burning fireplaces to have their chimneys cleaned and serviced as cold weather arrives. They also encourage people to make sure they have a screen in front of their fireplace and to keep Christmas decorations a safe distance from the radiant heat.