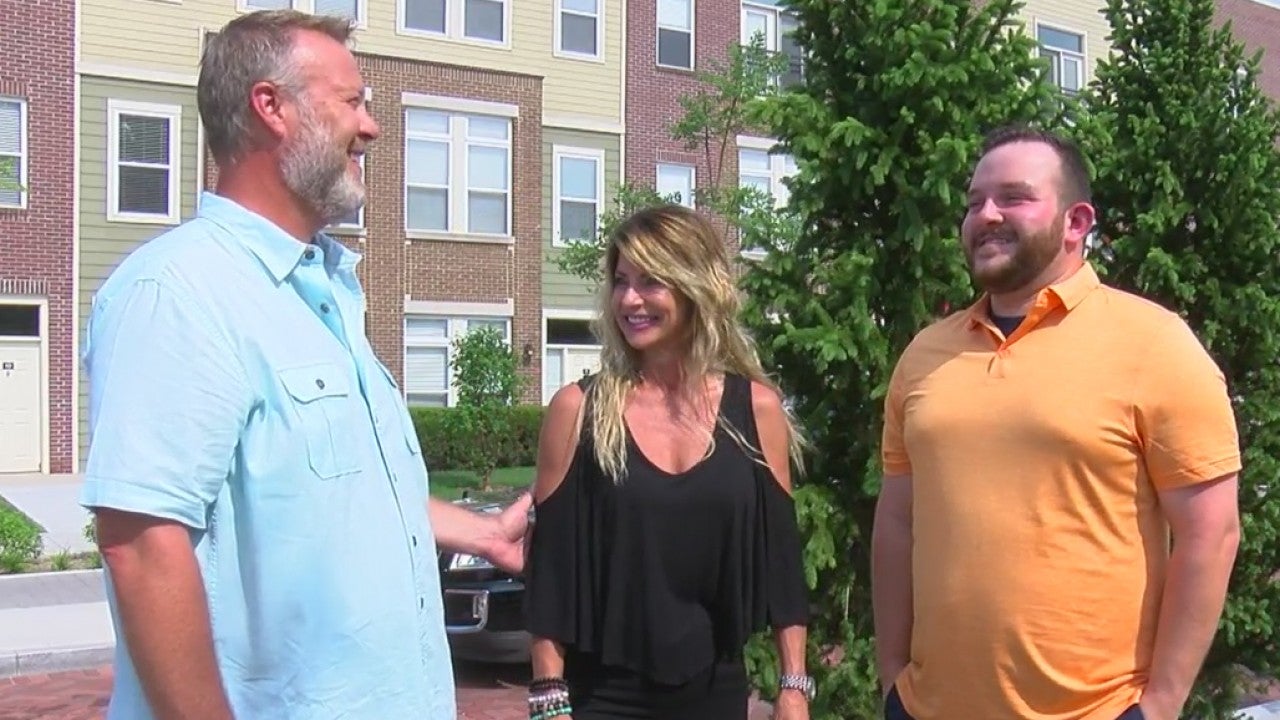 CARMEL, Ind. (WISH) — A Carmel man spent two days searching for a mystery couple he caught in the foreground of a photo he took of fireworks on the Fourth of July.

It turned out he didn’t need to look any further than his own backyard, or in this case, down the hall of his apartment building.

Tyler Huffman started his search for Brad Rider and Wendy Albrecht on Friday after he realized his Fourth of July photos caught the intimate moment of the couple’s proposal.

“All of our friends had walked ahead of us, and the moment hit me that it reminded me of how much I love Wendy and how much I still want to marry her. So I dropped to my knee. It was such a spontaneous moment. I had no idea Tyler was behind us,” said Rider.

It took about 24 hours for the couple to reach out to Huffman on Facebook after they realized they were the ones in the photo that was shared across the country.

“Him doing it when he did it was kind of a spur of the moment; me deciding to come out that night was a spur-of-the-moment, last-second decision. And then to end up living next to each other — things came together for a reason or whatever you want to see it as,” said Huffman.

It wasn’t until both men showed the picture to their apartment manager on different occasions that the connection was made that they lived on the same floor of the same apartment complex.

“We were literally, practically next door to each other the whole time he was trying to find us,” said Rider.

The couple has been engaged since 2012 but said life got in the way, and they never had a chance to plan their wedding. Huffman caught the moment that the couple decided to start the planning process again.

“Tyler was there and captured that moment and I had no idea. We can’t thank him enough,” said Rider.

The wedding date is still up in the air, but the couple said they definitely know who they want the photographer to be.

“I told Wendy I think we should do it July 4, 2020, right here on the Monon. But I think Wendy has other plans,” says Rider.

“No, I think I still want a beach wedding,” said Albrecht.

The three met in person for the first time on Sunday, when they shared lunch.

They said the photo not only gave them a special token of a memory, but also a new friendship.