Christmas toy test: What do the kids really want? 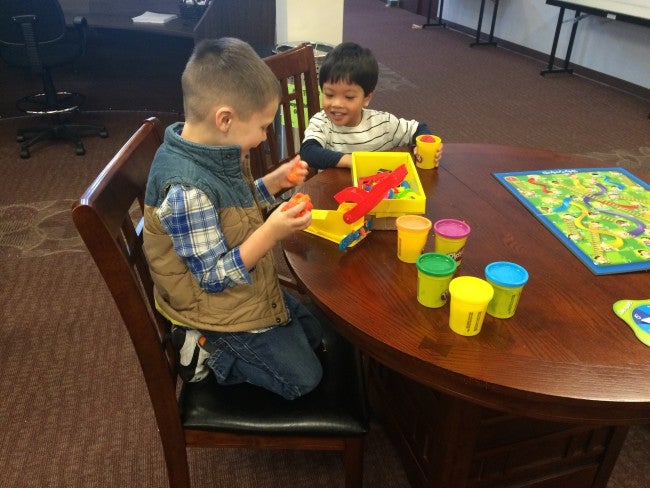 INDIANAPOLIS (WISH) — All week on Daybreak, we’re helping you plan your Christmas shopping, shipping and more, so 24-Hour News 8’s Nina Criscuolo put toys to the test to see what kids really want for Christmas.

The holidays can be a budget battle, so the last thing you want to do is spend money on a toy that your tot isn’t even going to touch. We took six toys to a local school. Three classic toys including building blocks, Play-Doh, and board game Chutes and Ladders and three on this year’s hot list, The Ultimate Olaf, Miles from Tomorrowland Blasterboard, and a LeapFrog LeapPad3. Then we let the experts, 18 4-year-olds, decide with which they wanted to play.

We broke the 18 kids into three groups of six. Each time scattering the toys in the same pattern.

There were three clear winners. First, The Ultimate Olaf (retail price $49.99). He sings, dances, and smoothly scoots across the floor. He even introduces himself.

Similarly, the spinning, speaking Miles from Tomorrowland Blasterboard (retails price $29.99) left little boredom in his path. Both Olaf and Miles were was used from beginning to end with each group of kids.

Rounding out the top three, it’s a nightmare for mom, but a dream for the kids, Play-Doh. The Play-Doh Fun Factory Deluxe (retail price $19.99) quickly pulled in the pupils and kept the kids creating.

In a distant fourth, the LeapFrog LeapPad3. It was the only electronic and was also the most expensive of all six toys, retailing at $89.99. Children often walked by it at first and later one would wonder over for some screen time.

There was little love for the Imaginarium Jumbo Foam Building Blocks (retail price $31.99) and Chutes and Ladders (retails price $9.99) was literally shoved aside on the Play-Doh table. Two classics that just couldn’t compete with remote controls and cushy, crumbly, creativity.

Now that you know which toys the kids enjoy, we’ll find out which batteries you should put inside them. Watch Daybreak later this week for the results of the battery test.