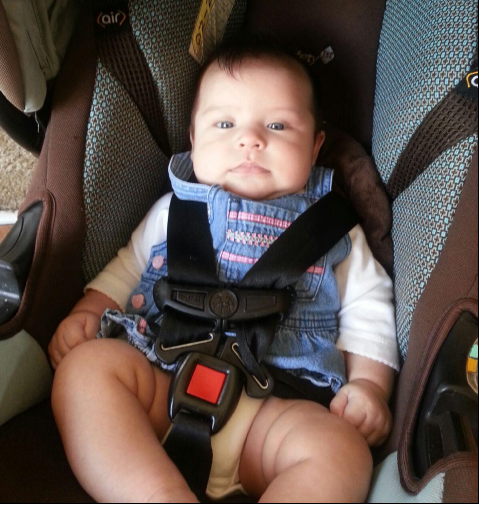 Marion County Sheriff’s Office detectives served a protection order Monday for Yolanda Rivera-Gonzalez, the baby’s mother, against Jeffrey Fairbanks. Fairbanks’ involvement in the case, if any, is unknown.

The search for Janna began on Friday around the baby’s home and continued through the weekend at a local landfill. Monday, IMPD officials said they were searching another area for her, but they wouldn’t disclose where.

Monday afternoon, IMPD said the search turned up no evidence and no Janna.

The search started when IMPD received a call from Janna Rivera’s mother early Friday morning. She told them that her daughter was missing and could be dead.

Police said they plan to release new information Tuesday morning in the case.

“We’re being very diligent in our search. That’s why we searched multiple locations. We would be remiss if we didn’t follow up on investigative leads,” said Lt Richard Riddle of IMPD.

They’re looking for baby Janna’s remains after giving up hope of finding her alive.

“Four days for a 3-month-old to be away from her mother, to be away from food and water — very concerning to us. At this point it’s safe to say we do not believe baby Janna is alive,” said Riddle.

Riddle said he is confident it was the baby’s father who tossed her in a dumpster for unknown reasons.

“He was the last person known to be with the baby while she was alive. It’s also based on the statements he made to our investigators that led us to believe that he was the one who ultimately placed the baby in the dumpster,” said Riddle.

Investigators have spent the past four days trying to find evidence. First they searched the area immediately around the family’s home. They also combed through area landfills. They’re working with prosecutors to arrest the baby’s father.

“We need probable cause to make an arrest to charge. We need evidence,” said Riddle.

But if they don’t find evidence, police believe they still have a case.

“I wouldn’t say he’s off the hook. There are subsequent criminal charges that may be applicable,” said Riddle.

Police said they do believe somebody other than the suspect knows what happened. They’re asking anyone who has any information to call Crime Stoppers at 262-TIPS or dial 911.