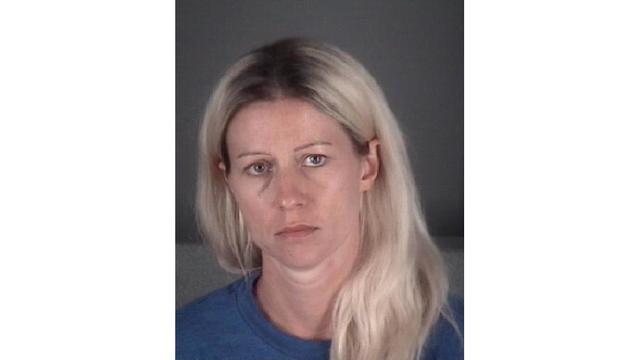 TAMPA, Fla. (WFLA) – A Pasco County, Florida mother is accused of orchestrating an elaborate fake attempted abduction of her child, and pointing the blame at a former business partner. Now, the mom, Tammy Steffen, is charged with child neglect, filing a false police report, and tampering with or fabricating physical evidence.

Steffens, 36, of Holiday, who lists her occupation as ‘trainer,’ was arrested July 18, six days after the woman called the Pasco County Sheriff’s Office to report that a man tried to drag her 12-year-old daughter into the woods behind the family’s home. Steffens also said that she and her child were receiving threatening phone calls and messages from an unknown person.

Steffens led investigators to the woods, where they found items including a laptop cover and a notepad containing information about the woman and her child.

Steffens’ daughter provided a description of the alleged abductor to investigators, and Steffens named a former business partner as a possible suspect. When shown a photo of the business partner, the 12-year-old girl identified him as the man who tried to kidnap her. She also stated she’d never seen the man prior to the abduction attempt. However, when questioned further, the girl told investigators that she’d seen a photo of the man on her mother’s phone, and said Steffens was no longer friends with him.

Investigators located the alleged abductor, and established a solid alibi: video surveillance of him, in Tampa, at the time of the kidnapping attempt. Then, after reviewing Steffens’ phone data, investigators found a series of messages sent by the woman, accusing the business partner of sabotaging a photo contest she’d entered.

Additionally, investigators learned that the laptop cover and other items found at the scene of the attempted kidnap were purchased by Steffens at a New Port Richey Walmart. The sheriff’s office says video surveillance shows Steffens making the purchases with cash, while buying other items, not related to the kidnap plot, with a credit card.

After being presented with the evidence uncovered by investigators, Steffens admitted to making up the allegations, coaching her daughter, and purchasing the items found at the scene of the alleged abduction.