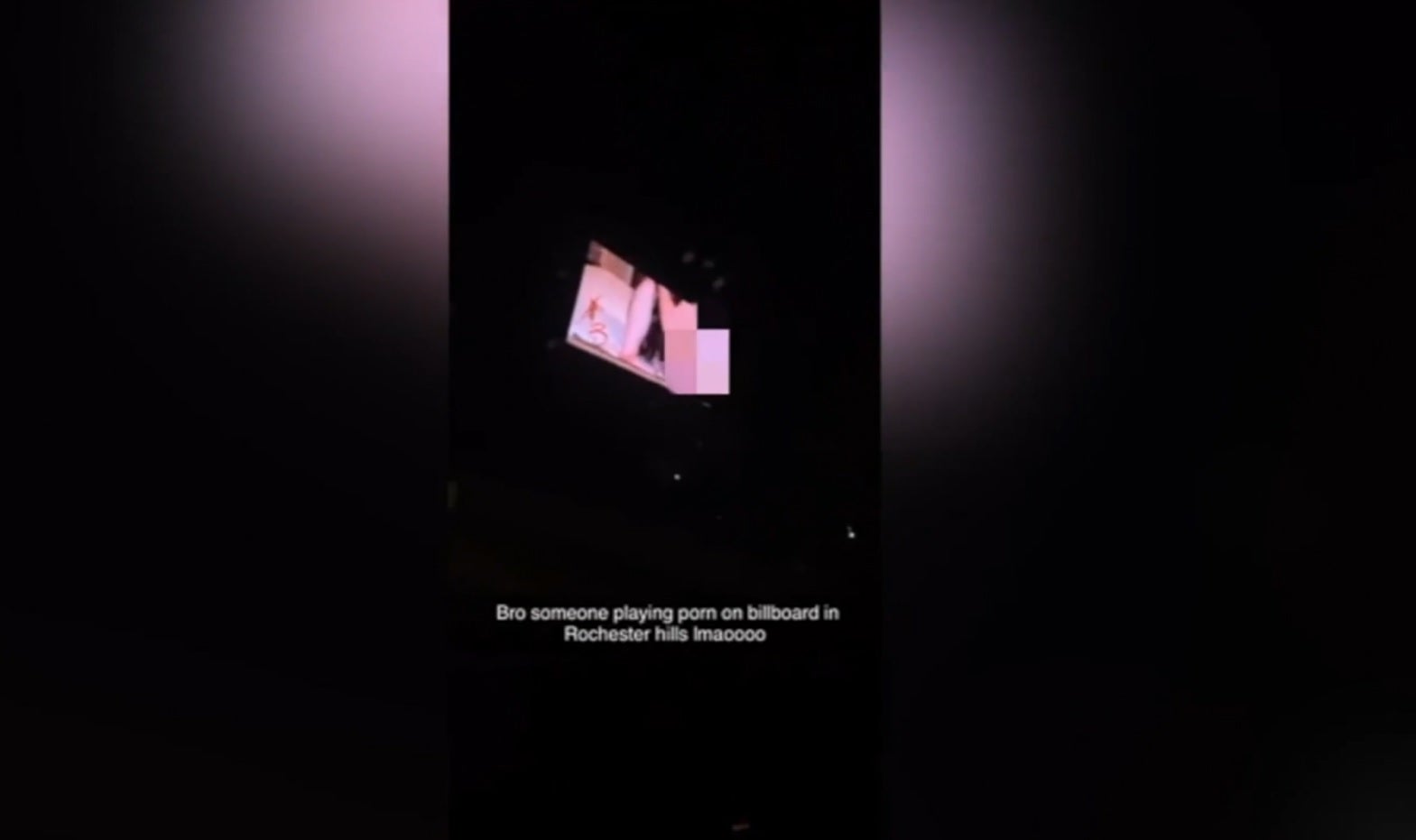 AUBURN HILLS, Mich. (AP) — Police are investigating after motorists traveling through a Detroit suburb were stunned to see a pornographic video playing on an electronic billboard.

Auburn Hills police say the video played on the billboard along Interstate 75 near Michigan highway 59 for about a half-hour Saturday night before police contacted the company that owns the billboard and the images were removed.

Motorist Chuck McMahon tells WDIV-TV he saw the video and wondered if the billboard was advertising for a strip club.

Police are investigating how the images ended up on a billboard, including whether someone hacked into the electronic sign’s system.

Dr. Justin Kammo also saw the video. He tells WXYZ-TV he immediately assumed that “someone had hacked it.”