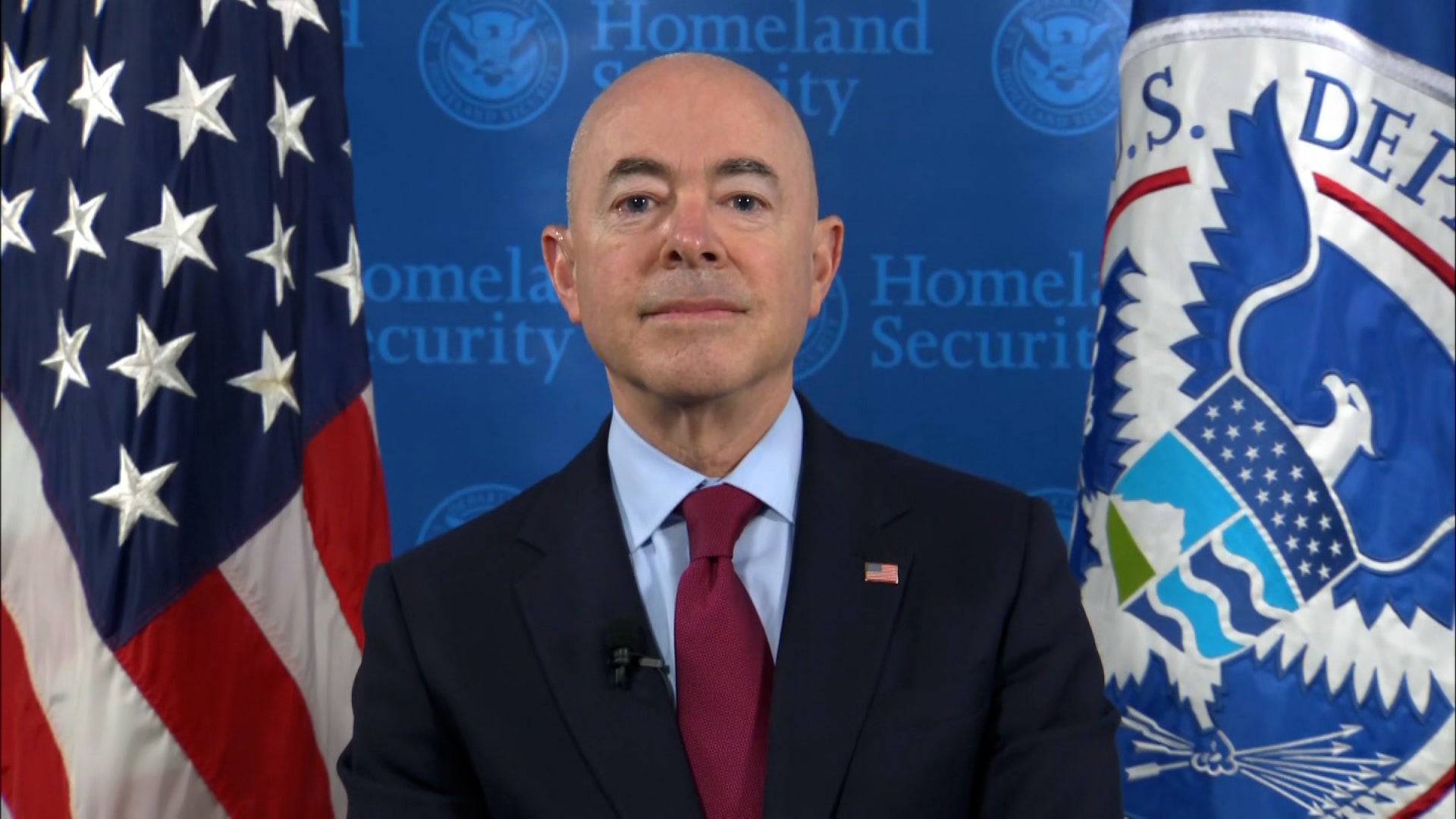 Homeland Security Secretary Alejandro Mayorkas declined Sunday to provide a timeline for when the Biden administration will open new facilities capable of handling the surge of unaccompanied children at the southern border. (Provided Photo/CNN)
by: Devan Cole, CNN
Posted: Mar 21, 2021 / 10:26 AM EST / Updated: Mar 21, 2021 / 10:35 AM EST

(CNN) — Homeland Security Secretary Alejandro Mayorkas declined Sunday to provide a timeline for when the Biden administration will open new facilities capable of handling the surge of unaccompanied children at the southern border.

“We established three new facilities last week. … We are working on the system from beginning to end. We are working around the clock 24/7,” Mayorkas told CNN’s Dana Bash on “State of the Union” when pressed on the administration’s timeline for having new processing facilities up and running. “We have dealt with surges in the past and the men and women of Department of Homeland Security will succeed.”

The comments from Mayorkas, who insisted the southern border is currently closed to migrants, come as the situation there worsens amid a surge in unaccompanied children in US custody. The Biden administration has resisted calling the situation a crisis, even as Democratic and Republican lawmakers do so as they pressure officials to rectify the growing issue.

Bash pressed Mayorkas to provide a timeline, asking: “Can you be more specific?” and “Can you give me a date you hope to be up and running so that these children have better facilities?”

The secretary, declining again to provide a date, told Bash “as soon as possible,” adding that the coronavirus pandemic has partly complicated their efforts.

Mayorkas defended the administration’s work at the southern border and placed blame on the Trump administration for dismantling the immigration system, saying his department now has to rebuild it “from scratch.”

As of Saturday, there were more than 5,000 unaccompanied children in CBP custody, according to documents obtained by CNN, up from 4,500 children days earlier. Mayorkas told Bash on Sunday that the administration is expelling families and single adults, but that they are “focused on … the needs of the children.”

“I have said repeatedly from the very outset that a Border Patrol station is no place for a child and that is why we are working around the clock to move those children out of the Border Patrol facilities, into the care and custody of the Department of Health and Human Services that shelters them,” he said.

There were, as of Saturday, more than 600 children who have been in custody for more than 10 days, documents show. Federal law requires unaccompanied children to be turned over within 72 hours to HHS, which oversees a shelter network designed to house minors, but amid constraints related to the pandemic, children are staying in custody for longer than the 72-hour limit.

On average, children are staying in Border Patrol custody in jail-like facilities for an average of more than five days.