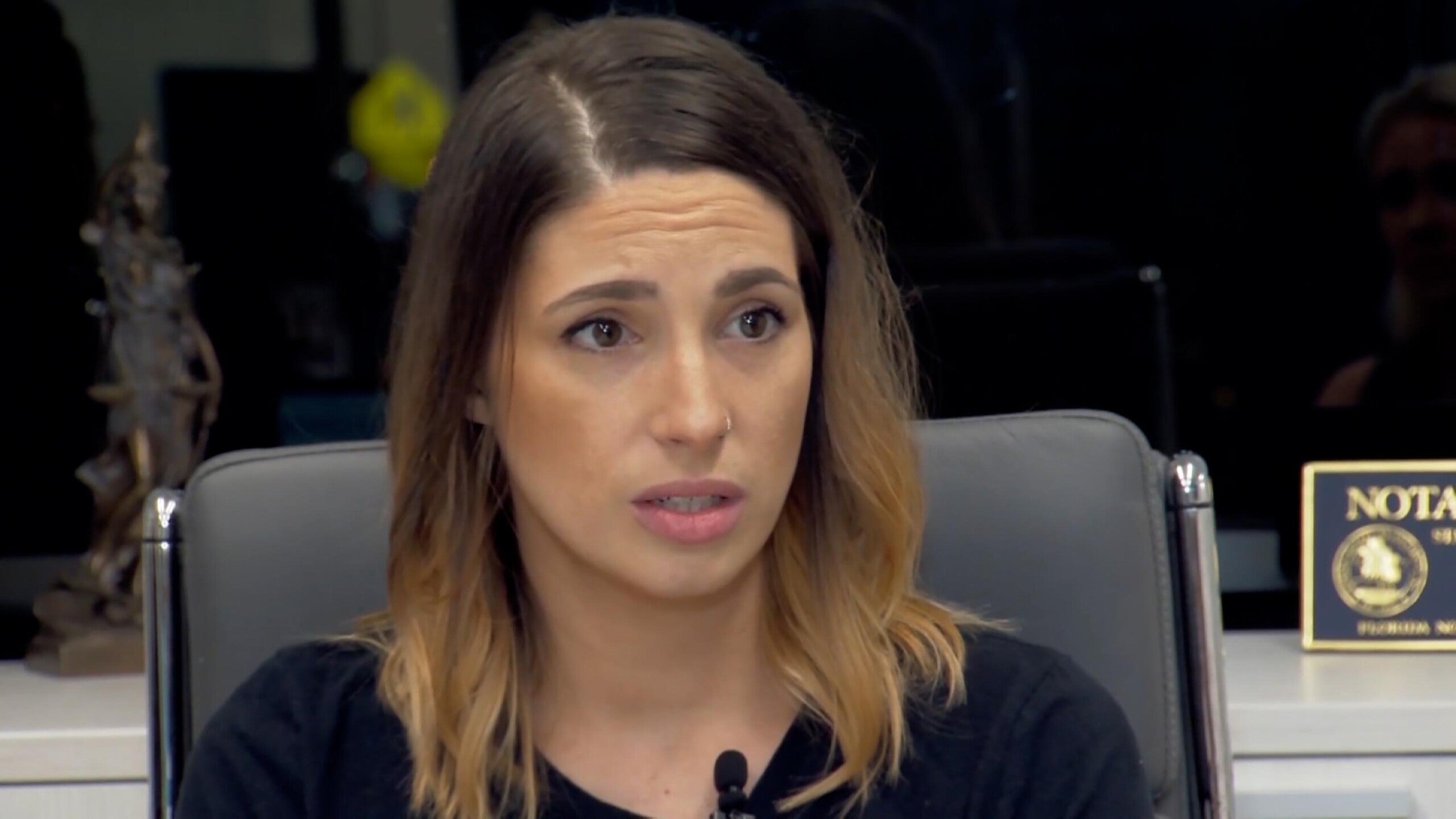 (CNN) — The ex-girlfriend of former NFL player Zac Stacy testified Wednesday that she fears for her and her two children’s safety after allegedly being violently assaulted by Stacy on Nov. 13 in Oakland, Florida.

“I was punched, slapped, literally picked up and thrown into my TV and then (he) picked me up and slammed me into my son’s bouncy seat by my throat. This is not the first time he has been violent with me. I am afraid for my safety and for my children’s safety,” Kristin Evans told 9th Circuit Judge Mark S. Blechman.

In a joint motion filed by the Office of the State Attorney and Evans on Nov. 19, Evans said that she specifically fears for her life.

Evans asked the court to increase Stacy’s bond and place him on home confinement, a request Blechman ultimately denied.

Evans posted graphic video from the incident on her Instagram account and has publicly called on the NFL “to confront the reality that players are experiencing PTSD from their time playing pro-football.”

CNN has reached out to the NFL.

Evans says she intended to testify during Stacy’s initial court appearance on Nov. 19 but was not able to after the hearing began earlier than scheduled, according to the joint motion filed the same day requesting she be allowed to testify and that the judge reconsider the bond amount.

During a first court appearance on November 19, a judge set bond at $10,150 and ordered Stacy to have no contact with the victim and to surrender his passport and firearms, according to CNN affiliate WESH. Stacy was charged with Aggravated Battery (Great Bodily Harm) and Criminal Mischief, according to court records. Stacy bonded out of Orange County Jail over the weekend, Blechman said Wednesday during the hearing.

Evans testified Wednesday that because Stacy was released from jail on bond over the weekend, she has been too afraid to return home.

“My injuries from this incident are serious and likely permanent from what I’ve been told,” she said without specifying.

Luka said during Wednesday’s proceeding that the NFL player has changed his address to Alabama where he has taken up residence with his mother or brother. Luka told the court he did not believe Stacy, now residing two states away from Evans, posed a threat to her any longer.

Stacy told the judge there are no firearms inside this home. The judge advised a condition of his bond is that he may not be in the presence of a firearm. It was disclosed Stacy intends to enter a 30-day inpatient treatment facility program and then return home to live with his mother or brother.

Stacy’s attorney, Thomas Luka, told CNN Wednesday the inpatient treatment program he will enter on Dec. 1 is for mental health.

The judge reminded Stacy an important condition of his bond is that he have “absolutely no contact” with the victim, including through family members.

Although Blechman denied Evan’s request to increase Stacy’s bond and would not order home confinement, he did add a condition to the former NFL player’s bond that he could no longer enter the state of Florida unless traveling for a court appearance. Blechman cited Stacy’s willingness to appear in court Wednesday morning as the reason for denying Evan’s request.

Luka said he and his client are awaiting word on what charges the State’s Attorney’s Office would bring against Stacy. No date for arraignment has been set yet.