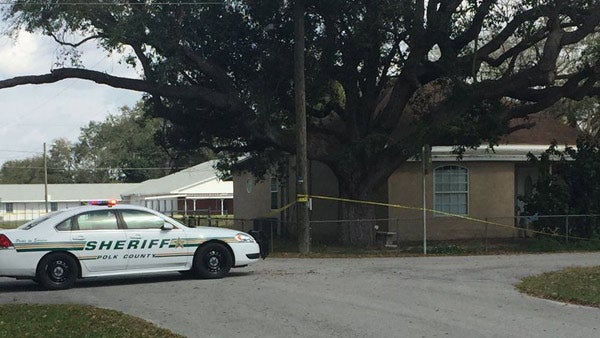 MULBERRY, Fla. (WFLA) – A 15-year-old central Florida boy has been charged with murder after authorities say he shot his mother’s live-in boyfriend during a confrontation.

Michael Whidden was arrested late Wednesday and charged with one count of first degree murder.

Deputies responded to a report of a shooting at 12:50 a.m. Wednesday at a home on Gibson Street in Mulberry. Deputies found Paul Gregg Jr., age 37, dead from an apparent gunshot wound.

Jessica Whidden and her son Michael Whidden told deputies that Gregg had been drinking earlier in the day and was being argumentative. The Whiddens said they left the home to get dinner together and returned later.

They said that after they returned, Gregg began yelling at Jessica to kill herself and that she was worthless. They told deputies that Gregg was armed with a knife.

The teen told deputies that he was worried that Gregg might hurt her, so he retrieved a 12-gauge shotgun from his room. When Gregg went to the master bedroom, where several guns were kept, authorities say the teen shot Gregg in the back, killing him. The teen left the home, and his mother called 911.

Family members told deputies that both Jessica and Gregg are heavy drinkers and often argue. They have been together for about five years.

Sheriff Judd said that deputies were interviewing Jessica Whidden and her son on Wednesday. He said that the case is complicated because Jessica Whidden had another boyfriend that Gregg had found out about and he was angry.

“It’s just a red-hot mess and we’re sorting it out,” said Judd.