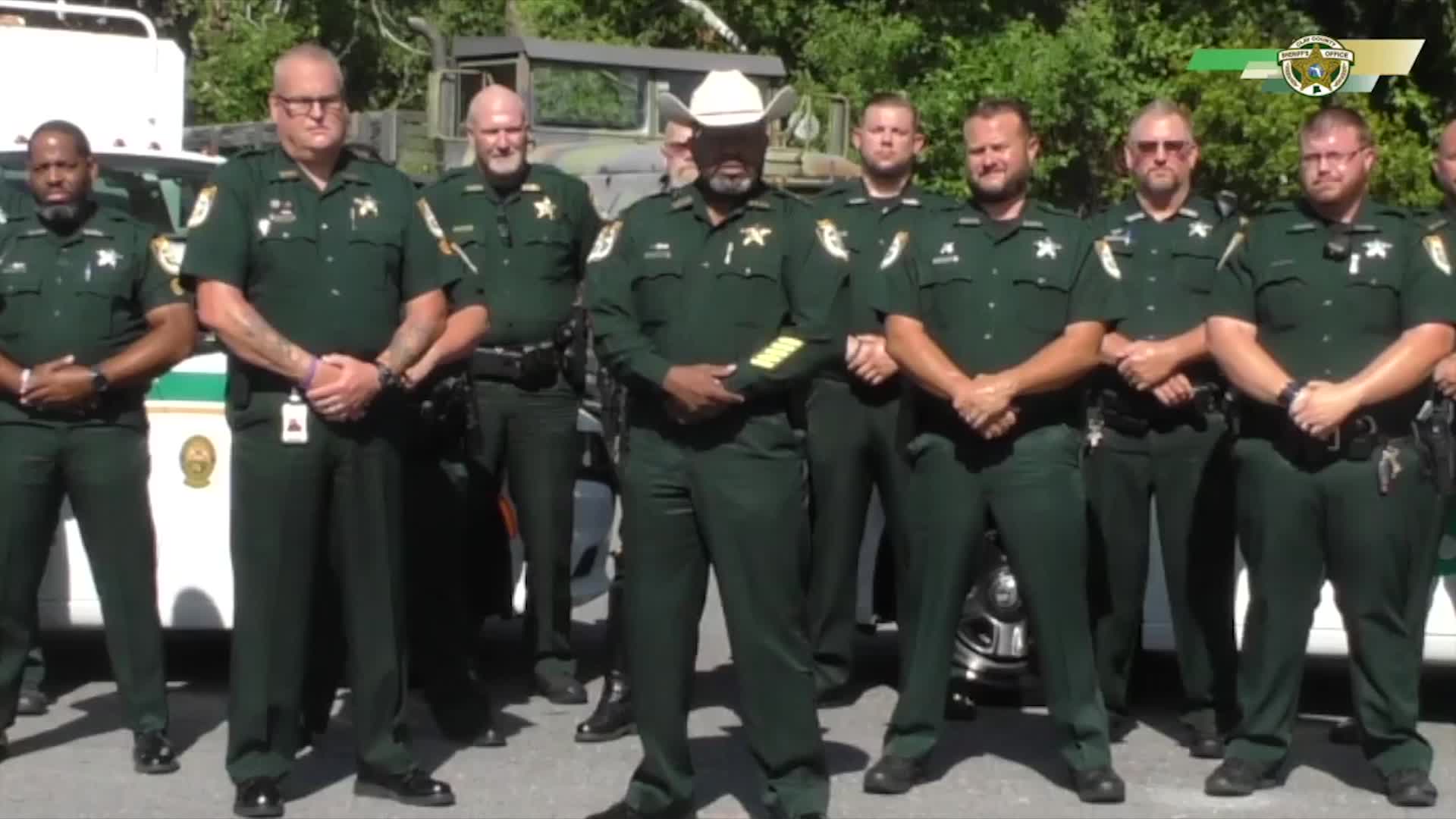 (CNN) — A Florida sheriff issued a strongly-worded warning to anyone who may be considering violently protesting in his county, saying he would “deputize” the county’s lawful gun owners for help.

“If you threaten to come to Clay County and think for one second that we’ll bend our backs for you, you’re sadly mistaken,” Clay County Sheriff Darryl Daniels said in a video message posted on Facebook.

“Tearing up Clay County — that’s not going to be acceptable. And if we can’t handle you — you know what I’ll do? I’m going to exercise the power and authority as the sheriff, and I’ll make special deputies of every lawful gun owner in this county and I’ll deputize them for this one purpose — to stand in the gap between lawlessness and civility.

The message comes as tens of thousands of Americans have protested in recent weeks — demonstrations that were sparked by George Floyd‘s death at the hands of Minneapolis police in late May. Protesters have decried police brutality and racism and called for police reform.

The majority of those demonstrations have remained peaceful. But some, in the early days of unrest, ended in looting and damage. Officials in different parts of the US hinted that the violence may have been instigated by outside groups who infiltrated the protests with an ulterior motive.

In his Facebook video, the sheriff said that while he had seen images of protests across the country, the relationships between police and the community in Clay County “are great and not strained.”

The sheriff said officers take an oath to protect and defend the Constitution, adding “we end that (oath) with, ‘so help me God.'”

“But God is absent from the media’s message or Black Lives Matter or any other group out there that’s making themselves a spectacle.”

CNN has reached out to the Clay County Sheriff’s Office for comment.

Harold Rutledge, who will be challenging Daniels in the elections, told CNN affiliate WJXT the message seemed like the sheriff “challenged rioters and looters to come to Clay County and cause mayhem.”

“Part of the problem in policing is that some officers need more training in how to interact with all people and all situations, including how to keep calm and how to de-escalate situations. Threatening to ‘make special deputies of every lawful gun owner in this county and I’ll deputize them’ is going to make the problem worse,” the statement said.

At least three other candidates also on the ballot all condemned the message.