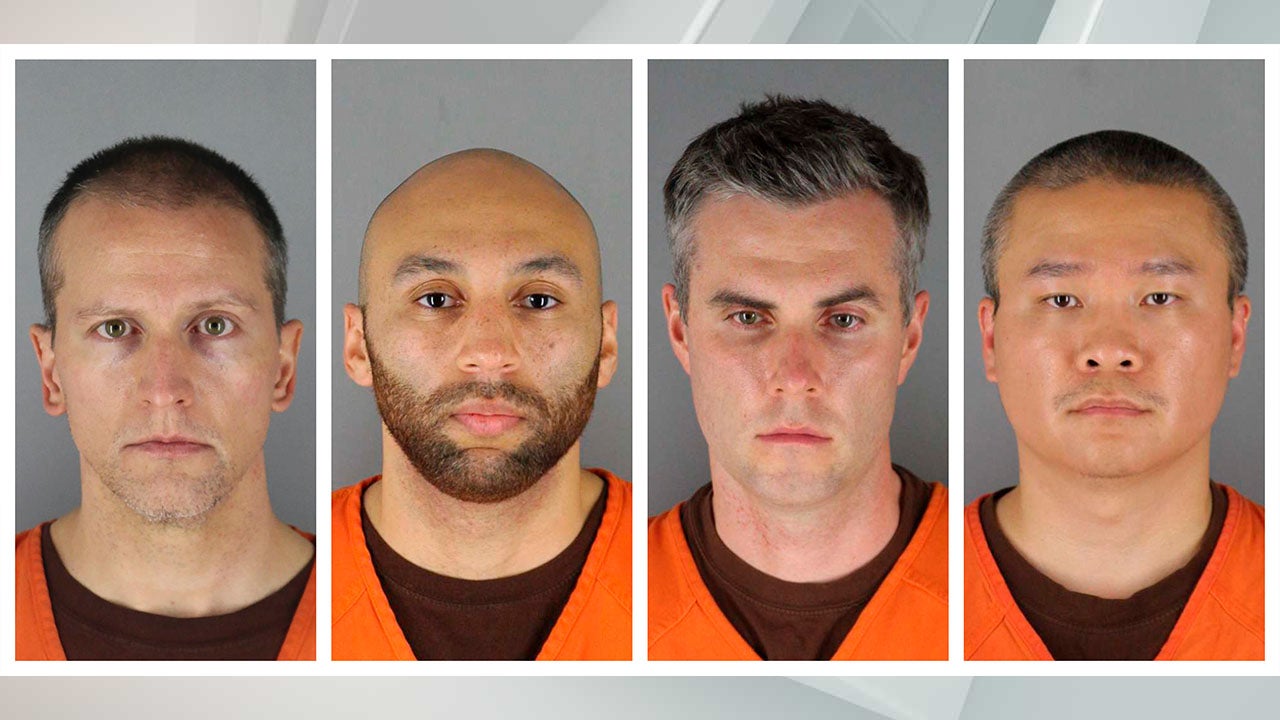 This combination of photos provided by the Hennepin County Sheriff's Office in Minnesota on Wednesday, June 3, 2020, shows Derek Chauvin, from left, J. Alexander Kueng, Thomas Lane and Tou Thao. Chauvin is charged with second-degree murder of George Floyd, a black man who died after being restrained by him and the other Minneapolis police officers on May 25. Kueng, Lane and Thao have been charged with aiding and abetting Chauvin. (Hennepin County Sheriff's Office via AP)
by: By AMY FORLITI Associated Press
Posted: Jul 15, 2020 / 01:45 PM EST / Updated: Jul 15, 2020 / 01:45 PM EST

MINNEAPOLIS (AP) — George Floyd’s family filed a lawsuit Wednesday against the city of Minneapolis and the four police officers charged in his death, alleging the officers violated Floyd’s rights when they restrained him and that the city allowed a culture of excessive force, racism and impunity to flourish in its police force.

“This complaint shows what we have said all along, that Mr. Floyd died because the weight of the entire Minneapolis Police Department was on his neck,” Crump said in a statement. “The City of Minneapolis has a history of policies, procedures and deliberate indifference that violates the rights of arrestees, particularly Black men, and highlights the need for officer training and discipline.”

Crump said the lawsuit seeks to set a precedent “that makes it financially prohibitive for police to wrongfully kill marginalized people — especially Black people — in the future.”

A message seeking comment from the city attorney’s office was not immediately returned.

All four officers were fired the day after Floyd’s death, which set off protests that spread around the world and turned into a national reckoning on race in America.

Floyd’s death also sparked calls to abolish the Minneapolis Police Department and replace it with a new public safety department. A majority of City Council members support the move, saying the department has a long history and culture of brutality that has resisted change. A public hearing was planned later Wednesday on the proposal, which requires a change in the city’s charter that could go to voters in November.

The lawsuit comes on the same day that a court allowed public viewing by appointment of video from the body cameras of Lane and Kueng. A coalition of news organizations and attorneys for Lane and Kueng have been advocating to make the videos public, saying they would provide a more complete picture of what happened when Floyd was taken into custody. The judge hasn’t said why he’s not allowing the video to be disseminated more widely.

According to documents in state probate court, Floyd is survived by 11 known heirs, including five children and six siblings. They live in Texas, North Carolina, Florida and New York. All but one of Floyd’s children are adults. He has no living parents or grandparents. Kaarin Nelson Schaffer, named last week as the trustee for Floyd’s family, is the plaintiff in the federal lawsuit.

The lawsuit seeks compensatory and special damages in an amount to be determined by a jury. The complaint also asks for a receiver to be appointed to ensure that the city properly trains and supervises its police officers in the future.

The families of victims of other high-profile police shootings have received high payouts in Minnesota. Last year, Minneapolis agreed to pay $20 million to the family of Justine Ruszczyk Damond, an unarmed woman who was shot by an officer after she called 911 to report hearing a possible crime happening behind her home. The settlement came three days after the officer, Mohamed Noor, was convicted of murdering her and is believed to be the largest payout ever stemming from police violence in Minnesota.

At the time, Mayor Jacob Frey cited Noor’s unprecedented conviction and his failure to identify a threat before he used deadly force as reasons for the large settlement.

The mother of Philando Castile, a black motorist killed by an officer in 2016, reached a nearly $3 million settlement with the suburb of St. Anthony, which employed the officer. The officer, Jeronimo Yanez, was acquitted of manslaughter and other charges.