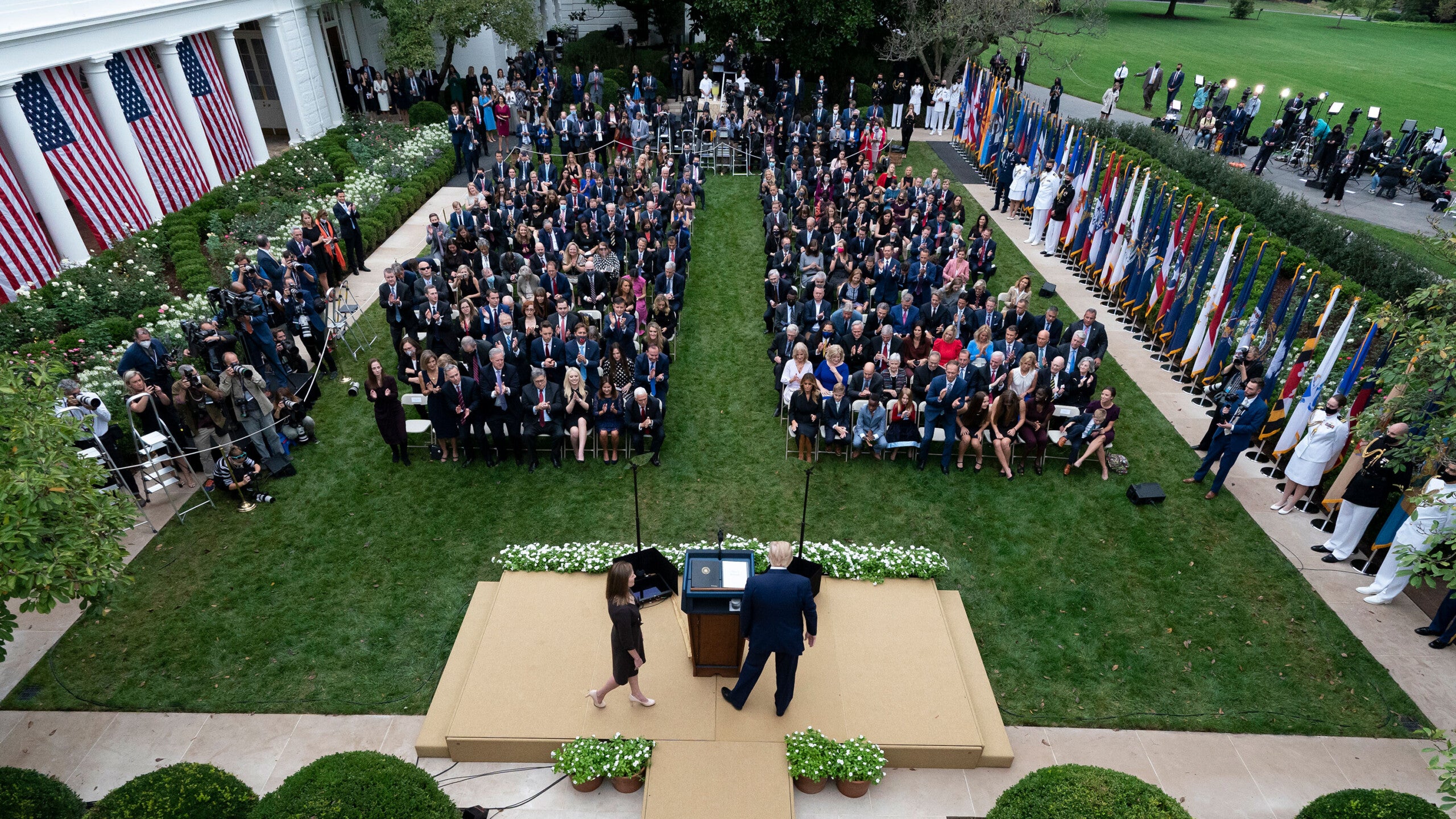 (CNN) — The White House has declined offers from the US Centers for Disease Control and Prevention to help investigate the outbreak surrounding President Donald Trump’s COVID-19 diagnosis, according to a federal health official.

The offer by the CDC to engage with such efforts as running contact tracing occurred almost immediately after the President made public he had contracted coronavirus. Despite the concerns expressed by those at the CDC, including agency Director Dr. Robert Redfield, officials at the White House turned down the CDC’s offer to help, the official said.

The offer was repeated in a phone call Monday, according to the source. USA Today first reported the rebuffed offer.

But the White House has shown little indication it is conducting a comprehensive effort to properly trace contacts from those exposed at events like the Supreme Court nomination ceremony where almost no masks were worn and there was no social distancing both at the outdoor event and an indoor reception.

Some attendees said they have had no outreach and others have said, even when notified, they were not asked the slate of questions typically used to document who else may have been exposed through contact.

The CDC referred all questions for comment to the White House. An administration spokesman, Judd Deere, said positive cases are taken seriously.

“The White House has plans and procedures in place that incorporate current CDC guidelines and best practices for limiting COVID-19 exposure and has established a robust contact tracing program led by the White House Medical Unit with CDC integration,” Deere said in a statement.

A White House official said a CDC epidemiologist has been detailed to the White House since March and is assisting.

The Washington, DC, government, where many of the attendees reside, has gotten no response from the White House despite multiple efforts by political and health officials to get information. Mayor Muriel Bowser said Monday there had been no “substantial contact.”

Susana Castillo, a spokeswoman for Bowser, said there have been “multiple attempts” since Friday to contact the White House at both the political and public health levels.

This past weekend, White House press secretary Kayleigh McEnany said the White House would not be providing public information about how many staffers on the White House campus become sick, citing privacy concerns. McEnany herself publicly announced Monday she was infected with COVID-19, and two of her aides have also tested positive.

In the days following the President and first lady’s diagnoses, there has been little clarity about how the White House is contact tracing and alerting those who may have been exposed at a string of events and gatherings he attended, leaving the work to the individuals themselves and ramping up the risk of exponential spread.

So far, the efforts appear mostly contained to White House staff who interacted with the President, first lady and top adviser Hope Hicks and do not include many who attended their intimate meetings or crowded events. After reaching out to more than half a dozen people who came into contact with Trump over the past week, CNN has uncovered little more than a few phone calls and emails to potentially infected people encouraging them to get tested.

The absence of a robust contact tracing effort is emblematic of the White House’s relaxed approach to preventing the spread of the virus among its ranks. Until this week, masks were worn only infrequently by staffers and social distancing was absent at Trump’s events and within the corridors of the West Wing.

The White House has insisted a “full contact tracing, consistent with CDC guidelines” had been conducted following Trump’s New Jersey fundraiser on Thursday, and that similar efforts were taking place for other events.

As a result, the individuals themselves are muddling through on their own. Trump’s lawyer Rudy Giuliani said he has been running a do-it-yourself operation, quarantining himself, arranging for a coronavirus test (it was negative), and alerting those who he has come in contact with — all decisions he made without guidance from the White House.