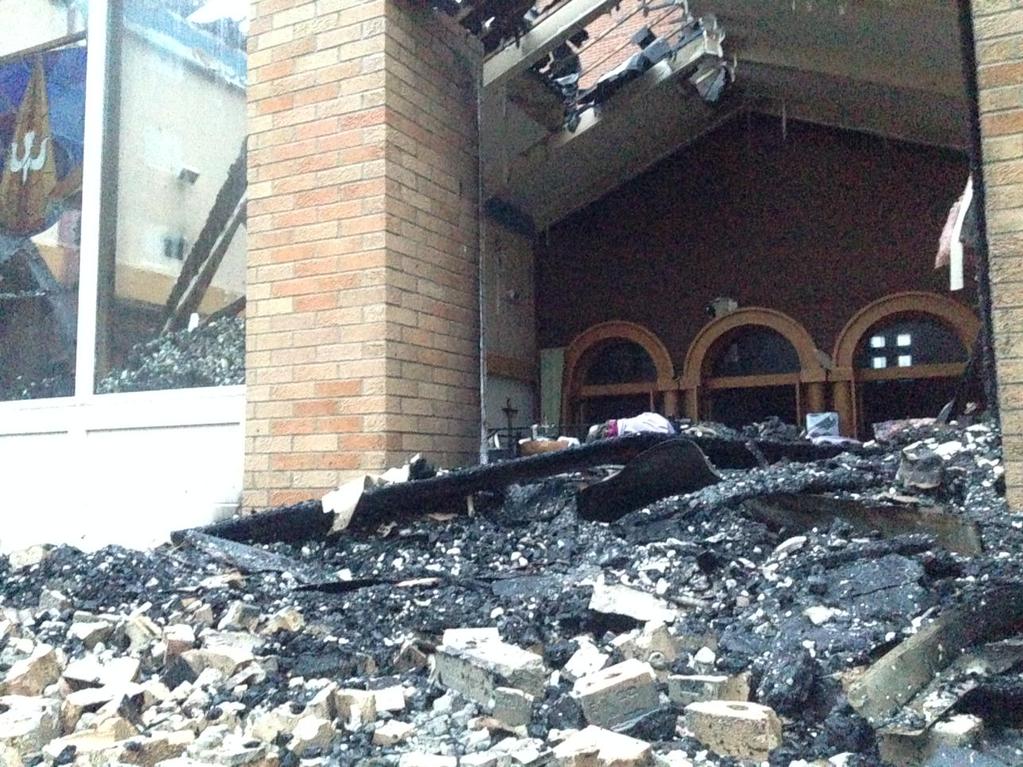 INDIANAPOLIS (WISH) – Emergency crews responded to the northwest side of Indianapolis early Wednesday morning to battle a fire at a local church.

It happened in the 6100 block of North Michigan Road shortly before 4 a.m., at St. Monica Catholic Church.

A second alarm was called shortly after the fire started, which means more crews and equipment were brought in because of the flames.

The fire appears to have started at the center of the church. The principal at St. Monica School told IFD that classes would be canceled Wednesday because of the fire. The school wasn’t damaged by flames – just smoke – but officials said there was too much activity for classes to go on for the day.

Firefighters battling the fire encountered a bit of an issue with a hydrant nearby. They say the hydrant was damaged, possibly from a car crash, but that damaged was never reported.

People should avoid the area while police and fire crews remain on scene Wednesday morning. Officials had Michigan Road near 62nd Street blocked.

No injuries were reported. Damages to the church are estimated at $400,000.