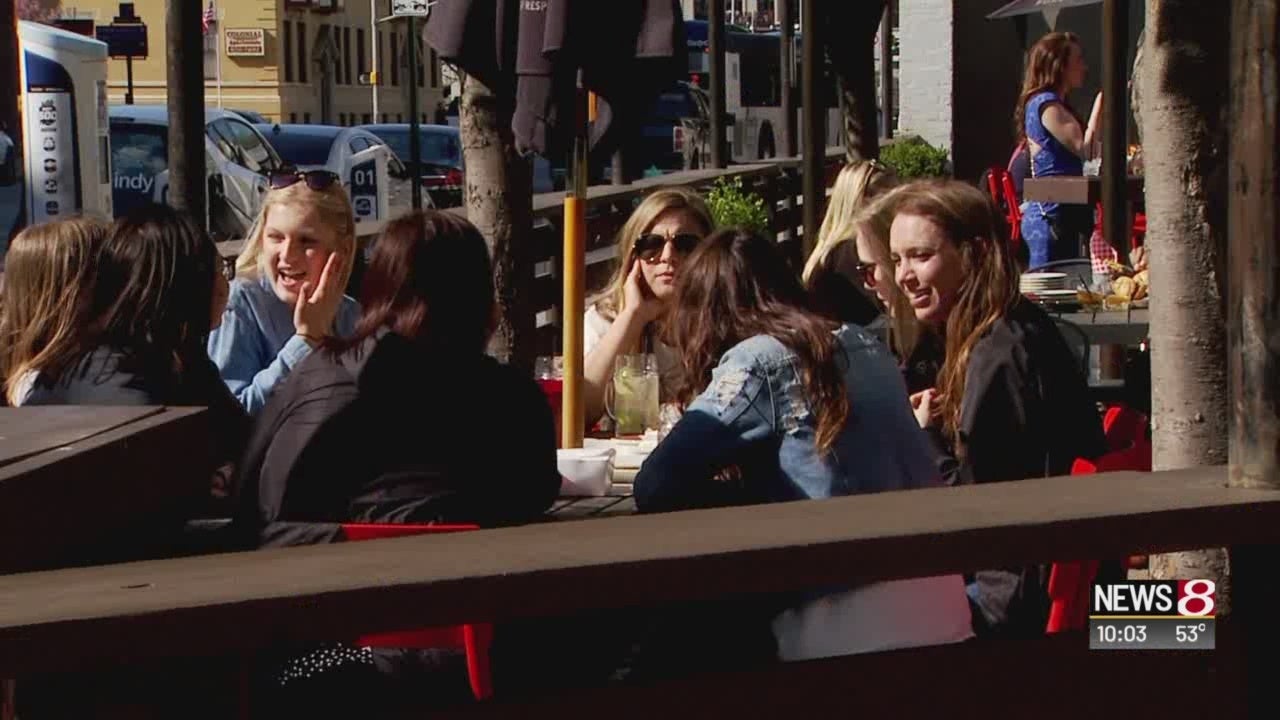 INDIANAPOLIS (WISH) – The NRA Convention is well underway in downtown Indianapolis, bringing thousands of people to the Circle City.

With more people making their way around downtown, businesses are reaping the benefits.

While businesses right outside the convention center get the most traffic, those on Massachusetts Avenue hope business will come their way, too.

“It definitely helps business,” said Charles Waltz, the manager at The Tap.

“We’re hoping they come out for the weekend and venture out from downtown,” said Bazbeaux Pizza manager, Matt Spence.

Spence said conventions like this can make a huge impact on a business’s bottom line.

“We have a lot of people coming through that are visiting, either traveling or with conventions. So we meet a lot of people and they all have the same response: ‘It’s a great city, can’t wait to come back!’ They are always just very surprised about the city. So that’s always great to hear,” said Spence.

Waltz said his team has been preparing for the NRA convention, Indy’s fifth largest of 2019, for weeks.

“We generally plan about 3-4 weeks out. You know, staffing wise, ordering food. making sure everything is good to go when everyone gets to town,” said Waltz.

“So far we have an influx of people rolling into town last night. More people are coming tonight, especially with the nice weather,” said Waltz.

According to Visit Indy, more than 75,000 people are expected downtown this weekend, bringing in roughly $35 million, a 10% increase from the last time the NRA convention was in Indianapolis back in 2014.

“We see the repeat customers when we have these kinds of conventions,” said Spence.