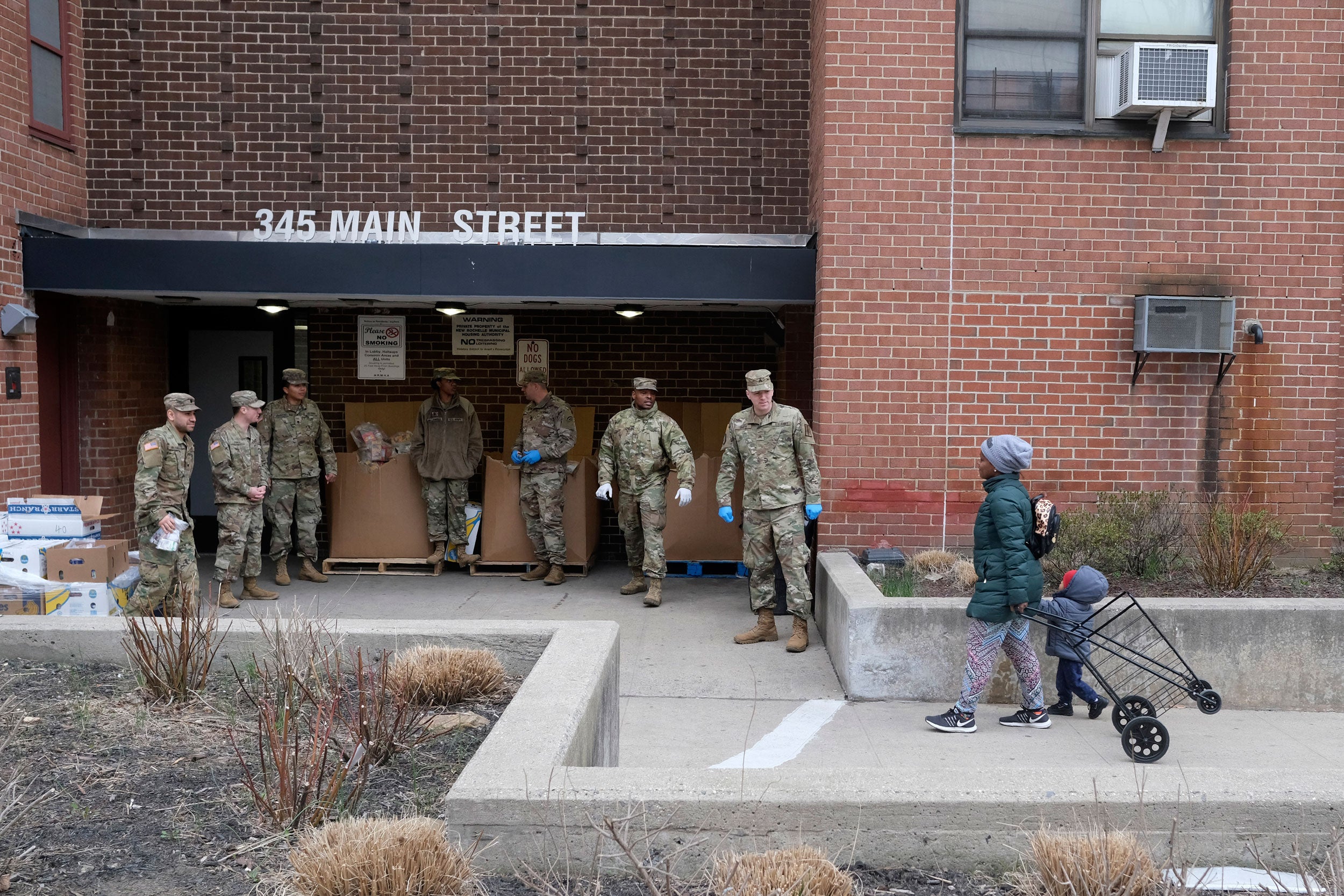 (CNN) — The Pentagon said the military “is ready and willing to support” US civilian authorities but it set limits Monday on what it can do after senior politicians, including New York Gov. Andrew Cuomo, said the military needs to be more proactively involved in the effort to fight the coronavirus.

Decisions will be “informed by the facts of what is possible and what is not and what those trade-offs are,” Pentagon spokesman Jonathon Hoffman said Monday.

On Sunday Cuomo penned an op-ed in The New York Times asking for the military to have the Army Corps of Engineers build hospitals to alleviate the burden on civilian hospitals.

“This is exactly what they do. Deploy the Army Corps of Engineers to come work with states to build temporary medical facilities. Get us backup beds so when the hospital is overwhelmed, we can have some of the people who are in the hospital beds go to a backup medical facility,” Cuomo said at a news conference Monday.

“If you don’t do it, you know what is going to happen: You’re going to overwhelm the hospitals,” he added.

The commander of the US Army Corps of Engineers, LT. General Todd Semonite attended a meeting at the White House on Monday to discuss the response, according to a senior Army Corp of Engineers official.

The Engineers said Tuesday that it was aware of Cuomo’s request for it to build temporary hospitals but said that no formal request has been made.

“The US Army Corps of Engineers is prepared to assist the nation in a time of crisis to the very best of its capabilities, and we are postured to lean forward when an official request is received through the Department of Defense,” a spokesperson for the Army Corps of Engineers said in a statement to CNN, adding “as a precautionary measure, USACE has begun assessing our capabilities in this area in conjunction with our partners.”

“USACE does have the capability and experience in medical facilities construction,” the statement added, while saying “At this time, however, USACE has not been assigned a COVID-19 support mission.”

Last week, Democratic presidential candidate Joe Biden similarly called for the military to get involved in helping to set up field hospitals.

The Department of Defense has said it has reviewed possible actions it could take to support the response but it emphasized that such actions have downsides.

Of particular concern is the possible strain on civilian medical personnel that calling up the National Guard and reservists could have. And while officials acknowledge that the military could, in theory, build tented hospitals, they would not necessarily be the best facilities to deal with a contagion like the coronavirus and staffing such facilities would still be an issue.

“The Department of Defense is ready, willing and able to support civilian authorities to the greatest extent possible at the direction of the President. We just want to make sure that the conversation that’s being had is being informed by the facts of what is possible and what is not and what those trade-offs are. We are engaged in these conversations across the government right now on how we can best support and we will continue to be a part of those and follow the guidance set by the secretary and the President,” Pentagon spokesman Jonathan Hoffman said Monday.

“We’re trying to step through each of those questions that we receive, and then say here’s what’s within the realm of possible,” Brig. Gen. Paul Friedrichs, the joint staff surgeon, told reporters at the Pentagon on Monday when asked about what more the US military could do.

“If we do this, then here’s the consequence. A great one that’s come up is why don’t we mobilize the National Guard and Reserve. I think that’s what you’re talking about right now. The challenge with that, as you alluded to, is if you mobilize the Guard and Reserve medical personnel from their civilian jobs, they’re no longer in their civilian jobs. And that directly impacts the community where they worked,” he added, saying, “And that’s the trade-off that, whether it’s a natural disaster or the coronavirus or anything else, that’s part of the trade-off that we look at as we offer options going forward.”

Asked specifically about building the combat field hospitals or tents that have been called for by some politicians, Hoffman said: “Talking about tents and tent hospitals, once again the limiting factor being personnel. Even if we were able to build tents for hospitals, we still need the doctors, nurses, orderlies, equipment. … Those individuals from our system would come from existing hospitals or the Reserves.”

While the US military has deployed troops at home and around the world to help respond to natural disasters, including the provision of medical assistance, defense officials say that assets typically used in those scenarios, such as hospital ships and combat field hospitals, are ill-suited for treating coronavirus patients.

“We have a variety of capabilities. … Our deployable hospitals vary in size; the specific capabilities are tailored to whatever the mission is. We have supported humanitarian operations, as you’re well aware, in the past. We have supported relief efforts during natural disasters. What we’re trying to be very careful of is not overpromising. We want to be factual about what we have,” Friedrichs said.

There are other areas the military could provide assistance in, such as lab testing and logistics support.