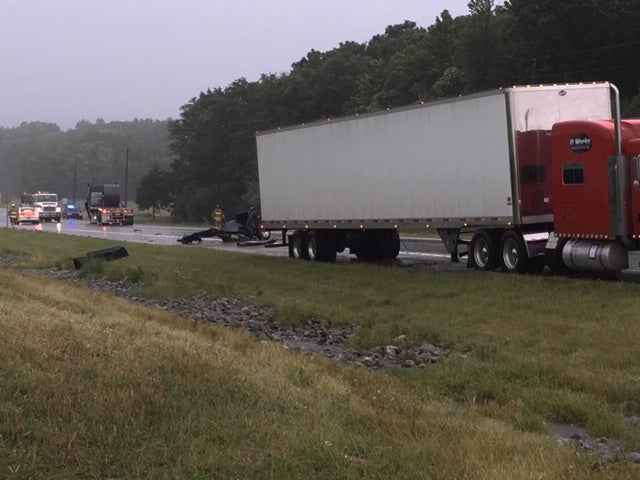 John Cecille, 63, of Williamsport, Ind., died shortly before 6 p.m. in Marion County, where an autopsy will happen. He had been taken to a local hospital and later an Indianapolis hospital after the crash.

The sheriff’s office was sent about 12:30 p.m. Monday to a crash involving two semitractor-trailers and a pickup truck at the intersection of U.S. 231 and East County Road 800 South. That’s about 2 miles south of Lafayette.

Cecille was ejected from the truck he was driving, a blue 2003 Dodge Ram. Police said they believe Cecille was traveling east on the county road and failed to yield the right of way to a semi going north on U.S. 231 with a flat trailer pulling steel. The semi hit the truck, severing the bed from the cab.

Neither semi driver was hurt. Drugs and alcohol were no believed to be factors in the crash.