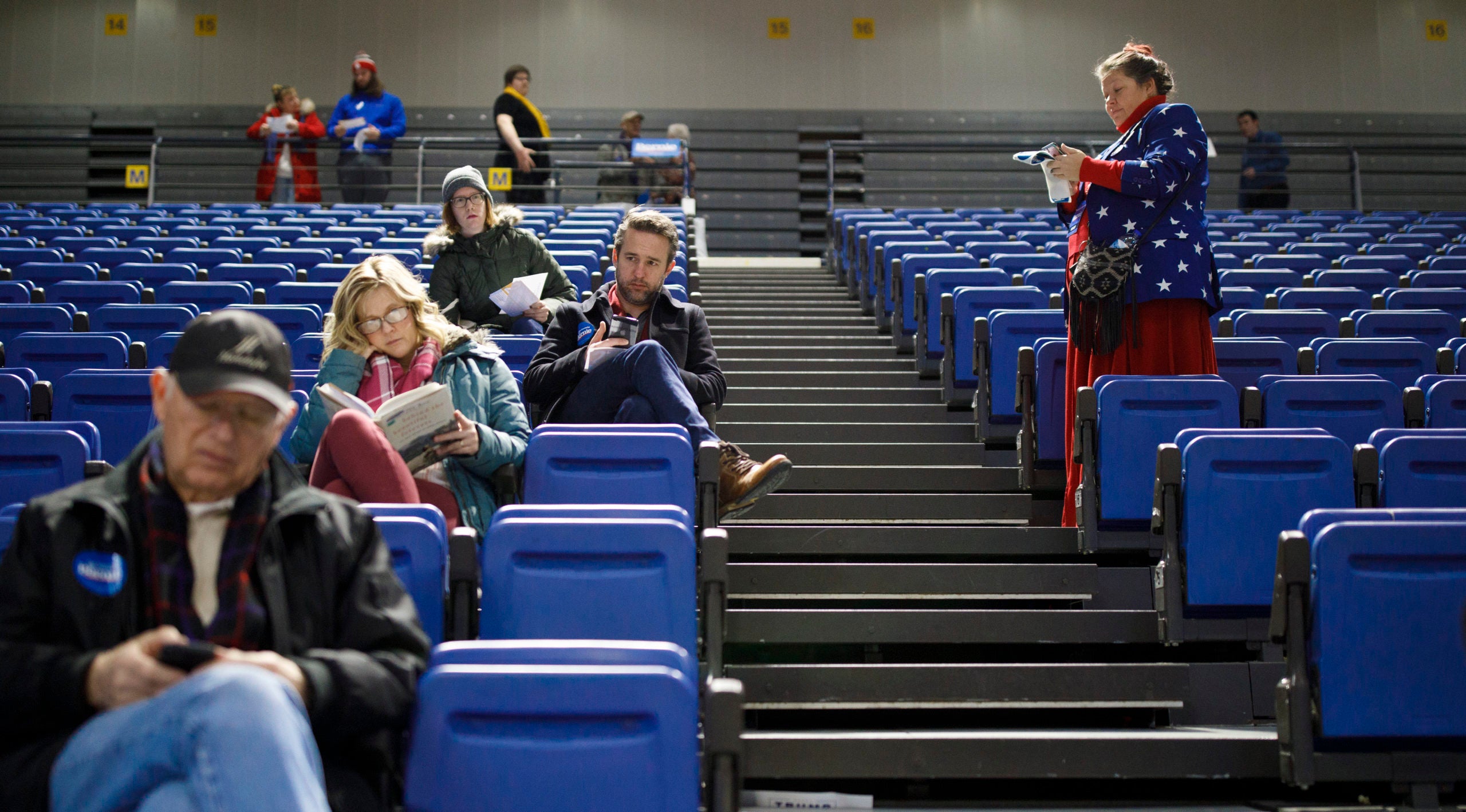 Among moderate Democratic caucusgoers, a third support former Vice President Joe Biden. About a quarter said they back Buttigieg, and around 1 in 10 support either Minnesota Sen. Amy Klobuchar or Sanders.

Overall, about 2 in 5 identified as somewhat liberal, a quarter as very liberal and a third as moderate.

Around a quarter of Democratic caucusgoers decided who to support in the last few days or today, according to the entrance polls, conducted Monday before caucuses began.

Over half of Democratic caucusgoers decided who to support before January, while fewer than 1 in 5 made up their minds during January.

Caucusgoers would prefer a nominee who can beat President Donald Trump (around two-thirds) than someone who agrees with them on the issues.

Two in 5 Iowa caucusgoers said health care was the issue that mattered the most in deciding who to support. Over half of caucusgoers support replacing private insurance with a government plan, while around 2 in 5 oppose.

About a quarter said climate change was the most important issue to them, followed by foreign policy and income inequality.

The Iowa caucuses are the first chance for voters to weigh in on the 2020 race.

The Democratic entrance poll estimates how much support a presidential candidate has at the start of the caucus process and will more closely reflect the first round of voting. It does not reflect the final caucus result, which is used to calculate the state delegate equivalents that a candidate is expected to win.

The top finisher in the Iowa Democratic caucuses has gone on to win the nomination in seven of nine contested races since 1976.

Entrance polls were conducted among Iowa caucusgoers as they entered precincts Monday night. Edison Research conducts the poll for the National Exit Pool, a consortium of news organizations.