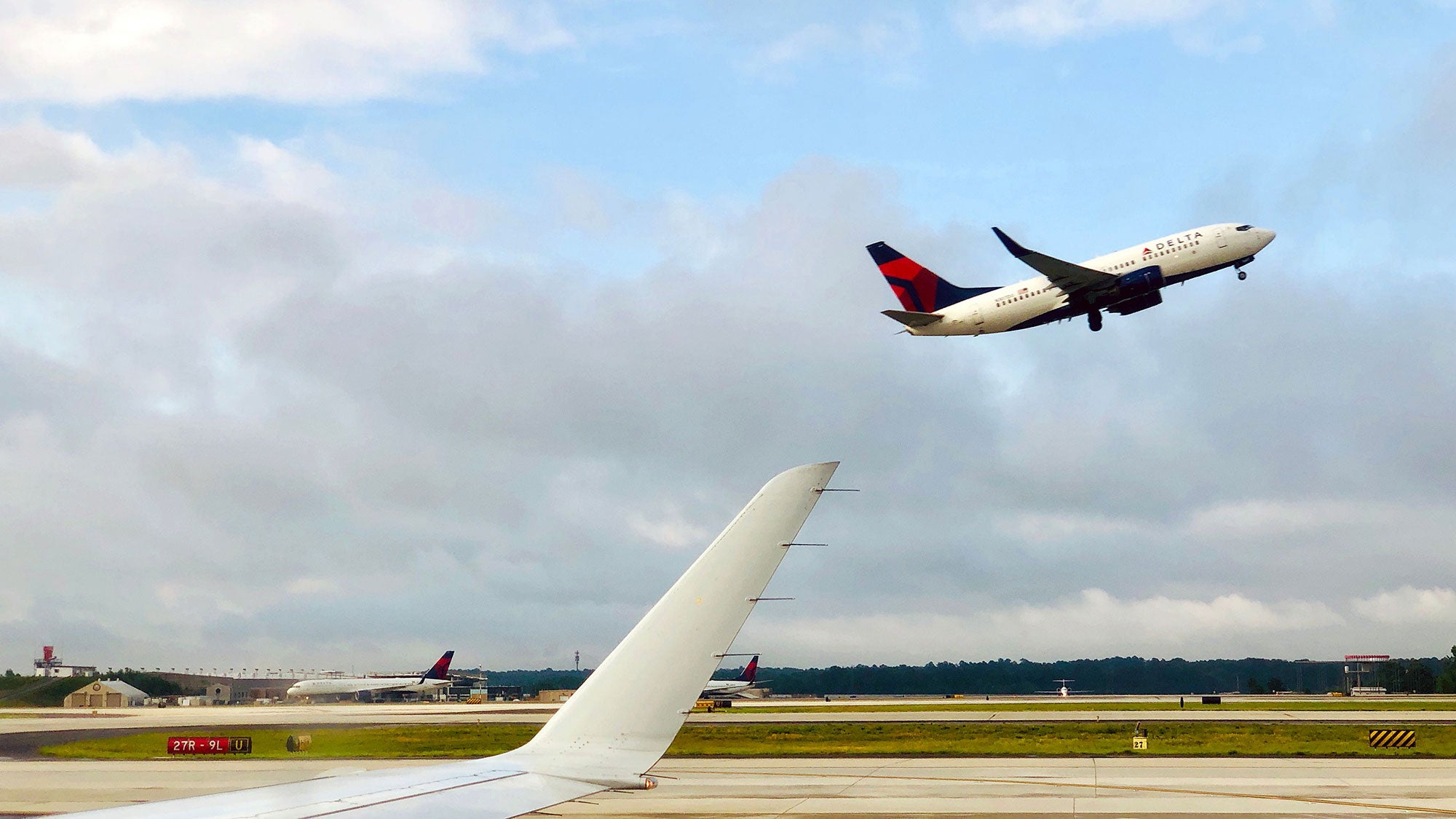 (CNN) — Opponents of a law that changed voting rules in Georgia are calling for boycotts of high-profile Georgia based companies, including Delta, Coca-Cola and Home Depot. The legislation’s opponents say the companies didn’t do enough to defeat the measure.

Republicans who passed the law say the measure is needed to prevent fraud and stop illegal voting, playing on discredited claims of widespread fraud in last year’s presidential election. Opponents say the legislation, and similar measures being considered in other states, amount to voter suppression efforts that will reduce minority voting. President Joe Biden has called the bill “Jim Crow in the 21st Century” and “an atrocity.”

The companies have issued statements saying they support everyone’s right to vote, expressing some disappointment with the legislation signed last week by Gov. Brian Kemp.

“Over the past several weeks, Delta engaged extensively with state elected officials in both parties to express our strong view that Georgia must have a fair and secure election process, with broad voter participation and equal access to the polls. The legislation signed this week improved considerably during the legislative process,” said the statement from the Atlanta-based airline. “Nonetheless, we understand concerns remain over other provisions in the legislation, and there continues to be work ahead in this important effort.”

But that statement sparked backlash among bill opponents, who said Delta’s comments were too supportive of the bill — highlighting the public-relations minefield the companies find themselves in.

“Delta’s big mistake was claiming any credit at all, even if it had some positive impact on reducing the worst parts of the bill,” said Brayden King, a business professor at Northwestern University who has studied the impact of corporate boycotts.

After the initial criticism of its statement — and criticism of the legislation by some business leaders elsewhere in the country — Delta came out with a much stronger statement against the new law early Wednesday.

“I need to make it crystal clear that the final bill is unacceptable and does not match Delta’s values,” said the statement to Delta employees from CEO Ed Bastian. “After having time to now fully understand all that is in the bill, coupled with discussions with leaders and employees in the Black community, it’s evident that the bill includes provisions that will make it harder for many underrepresented voters, particularly Black voters, to exercise their constitutional right to elect their representatives. That is wrong.”

Bastian’s statement continued, “The entire rationale for this bill was based on a lie: that there was widespread voter fraud in Georgia in the 2020 elections. This is simply not true. Unfortunately, that excuse is being used in states across the nation that are attempting to pass similar legislation to restrict voting rights.”

Coca-Cola, which had previously put out a statement saying it was “disappointed” in the legislation and that it would advocate for changes, also ramped up its criticism Wednesday when CEO James Quincey called it “unacceptable” and “a step backwards.”

“This legislation is wrong and needs to be remedied,” Quincey said in an interview on CNBC. “We will continue to advocate for [changes], both in private and now even more clearly in public.”

He denied that it was the threat of boycotts that prompted the harsher criticism.

“The change we’re making is because the legislation passed,” he said. “We were working along with many others to get legislation we thought would be a step forward, and it is not. Now that it passed, we’re coming out more publicly. Of course, people are entitled to use their wallets to express their voice on many different aspects they believe are important.”

Quincey’s statement follows attacks on the bill by a number of prominent executives, including Ken Frazier, the CEO of Merck and one of the few Black CEOs of a major company. Frazier and 71 other Black executives nationwide signed a letter Wednesday calling on other corporate leaders to be more forceful in condemning what they said were deliberate attempts by Republicans to limit the number of Black Americans casting ballots in key states.

While being more forceful in his criticism, Quincey stopped short of attributing racist motivations to the passing of the bill. But he made clear that Coca-Cola would consider the legislation when making decisions about political donations.

“We will continue to think about how we use our dollars to promote the things we believe in,” he said. “Voter access will be one of those things.”

Pressure from outside and within

Experts agree that calls for boycotts generally have very limited impact on companies’ sales and profits.

“In general boycotts are not very effective,” said Maurice Schweitzer, business professor at the University of Pennsylvania. “At the end of the day, most people do what’s most convenient and the best price.”

But experts note that companies may respond to pressure, even if there’s only limited impact on their finances.

“These organizations are sensitive to their public relations,” said Schweitzer. “They don’t want to lose even a handful of customers for something that has nothing to do with their business.”

It’s not just customers whom companies are worried about. There’s also the need to answer to the concerns of employees.

“It’s not just the revenue numbers. There are so many costs inside an organization. Maybe the biggest one is talent, recruiting and retention. These companies want to be seen as a good place to work,” said Ian Schafer, CEO of Kindred, an executive network focused on corporate social responsibility issues.

“Collectively, these companies employ too many people who are affected by this legislation for them to stay on the sidelines,” he added.

Companies have become much more active on issues that don’t directly affect their operations in recent years.

That includes many firms that voiced support for Black Lives Matter during protests last year sparked by Black people being killed by police. They also have been active on climate change and LGBTQ issues. In the wake of the attack on the US Capitol on Jan. 6, numerous companies announced they would cut off political donations to members of Congress who challenged the election results.

“There has been a huge increase in corporate activism on issues they would have otherwise stayed back on in the past,” said Schweitzer. “They have been filling a void for leadership on some core issues.”

But the calls for boycotts show that satisfying activists on these issues is difficult, if not impossible.

An executive with one of the Georgia companies targeted for action — who spoke on the condition that she and her company not be identified — defended her employer’s efforts to change the legislation. But she said that this is something of a no-win situation for the companies that are now being targeted.

“We are truly a values-led company. We engaged on this issue to remove the most oppressive elements,” said the executive. “Unfortunately, this is not a fight that will be won in the media.”