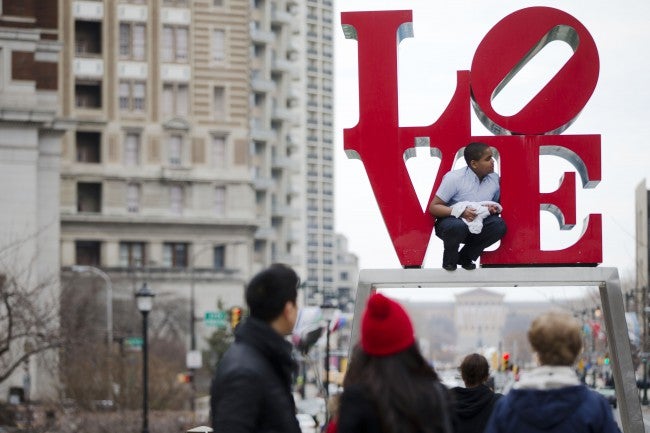 A bilingual version of Maine-based pop artist Robert Indiana’s “LOVE” sculpture with the leaning letter O is going on display next week outside the Philadelphia Museum of Art, near where the pope’s altar is being built.

Amor means love in the pope’s native Spanish and in Latin, a traditional language of the Roman Catholic Church.

Indiana created the “AMOR” sculpture in 1998 as a nod to changing demographics. It’s on loan to Philadelphia and will be placed about a mile across the Benjamin Franklin Parkway from the original “LOVE” sculpture, which went on display in 1976.

Pope Francis arrives in Philadelphia Sept. 26. A million people or more are expected to fill the parkway for his Sept. 27 Mass.