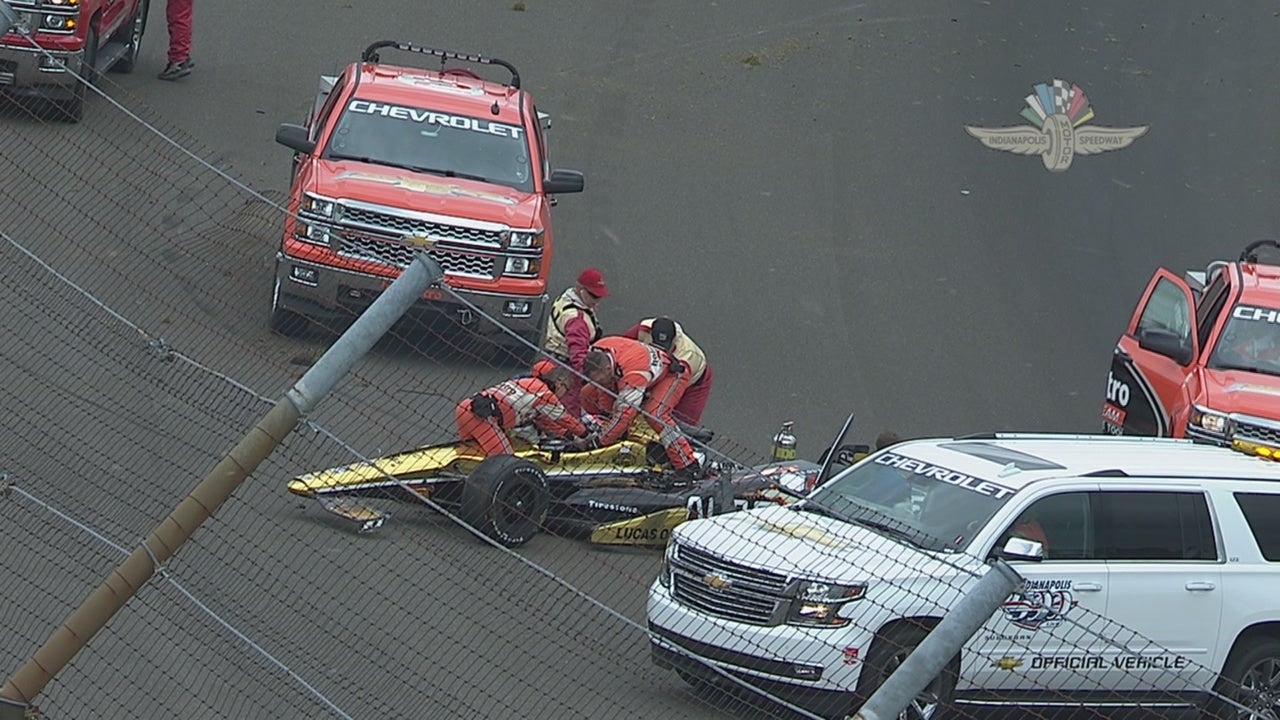 INDIANAPOLIS (WISH) — They’re doctors, paramedics, and but to IndyCar driver James Hinchcliffe, they’re so much more.

He was in critical condition after crashing during Indy 500 practice Monday. But thanks to quick work by medical staff from the track to the hospital, he’s alive. IndyCar reps said Hinchcliffe is in stable condition and improving.

He underwent that life-saving surgery at IU Methodist Monday evening. Trauma Director Melissa Hockaday said it wasn’t just that moment that kept him alive. She feels much of thanks goes to the first responders just up 16th Street at the Indianapolis Motor Speedway and the paramedics who rushed him to the hospital.

Racing around the track at speeds one could consider as death defying, one IndyCar driver did just that.

James Hinchcliffe wrecked so violently Monday, sources tell 24-Hour News 8 that a piece of the car impaled his leg leading to a life-threatening amount of blood loss.

“There are a lot of major vessels in the leg,” said Hockaday. “What we do with that initially is our EMS providers at the scene will put on tourniquets to control bleeding.”

At IMS, that process starts with the Holmatro Team that rushed to Hinchcliffe’s side. The team includes paramedics, a trauma physician, fire fighters, EMT’s, and nurses.

Hockaday said after the bleeding is stopped, the next step is safely removing the victim. Hinchcliffe had to be cut out of the car.

“The number one priority is to get them to a trauma center and that’s really what we did. We got him (to IU Methodist) quickly and that’s how we save lives,” she said,

Once at the hospital, Hockaday said patients who are impaled will sometimes skip right past the emergency room and go straight to the operating table to remove the object. Hinchcliffe needed emergency surgery to his upper left thigh and pelvic area.

“We work very hard to make sure that they don’t have a lot of blood loss during that time,” she said.

Hockaday said the IU Methodist trauma team has about 20 members ranging from nurses to emergency physicians to the blood bank.

But Hinchcliffe had one specific word to describe everyone who saved his life. He released a statement saying in part:

Words can’t describe how thankful I am to the Holmatro Safety Team. Those guys, in addition to the doctors and staff at the hospital, are my heroes.”

The surgery was a success but Hockaday said there could still be a tough road ahead for Hinchcliffe.

“Trauma patients in general, the recovery phase is the hardest, the rehabilitation, the physical therapy, getting patients’ quality of life back,” she said. “That is really part of our job is making sure that we can do that. We want them to get back to their lives and get back to before the injury.”

IndyCar reps said Hinchcliffe will undergo further evaluations while in the Intensive Care Unit at the hospital. They added that he has been, “ruled out of Verizon IndyCar Series for the foreseeable future.”