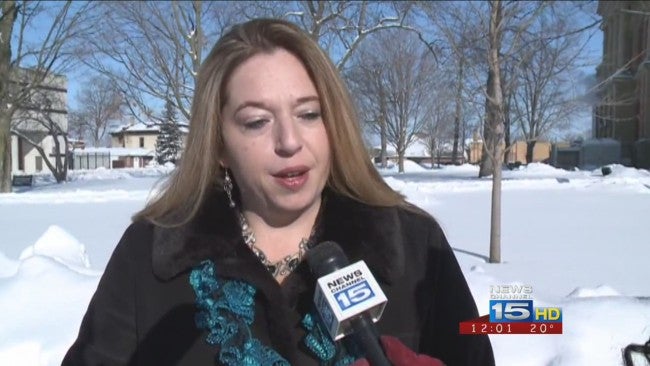 ELKHART, Ind. (WISH) – Advancements in the analysis of DNA evidence are being credited with solving a nearly 27-year-old rape case involving a 10-year-old girl in Elkhart County, Indiana.

“The idea that he can’t hurt someone else’s child or family, that’s what this is about,” Erika Monroe said on Thursday. It is the first time she has made her identity known in connection to the case.

WISH-TV sister station WANE News reported that according to Erika, in March of 1988 an intruder broke in to her house after she had fallen asleep on the couch. Her parents were out for the evening and the doors were locked. The intruder covered her up, grabbed her, carried her to a car and drove to a wooded area where Erika says she was raped and molested for hours in the front seat. She was then dropped off about a block from her house. She did manage to get a glimpse of her attacker, but was unable to get a good look at his face.

When her parents arrived home, they noticed that Erika was bleeding and that the house had been broken into. They took her to a hospital where she spent a week being treated for her injuries.

Decades after the crime in 2011, Erika decided pursue the case as an adult.

“I had already resigned myself to the fact that I would never know who it was,” Erika said of how the ordeal affected her life. “It was just something that I wouldn’t know and I was at peace with the fact that when he died he would have to face God and at that time justice would live out but I would never see it in my lifetime. So this hasn’t been more about justice for me as it has been ensuring that he can’t get out and hurt somebody else.”

Police were able to nail down a suspect in 2012. DNA evidence gathered by police in 1988 was tested and police were able to link Robert Quinn, who was already imprisoned for another child molestation conviction, to the attack. He was charged in 2013.

In December 2014, Quinn pleaded guilty to rape and days later was found guilty of child molestation and criminal confinement.

On Thursday morning, Quinn was sentenced to 53-years in prison. He plans to appeal the portion of the sentence dealing with the child molestation conviction, even though it was ordered by the judge to be served consecutively with the rape and criminal confinement sentences.

The victim now lives in Leo, Indiana and is married with two children.