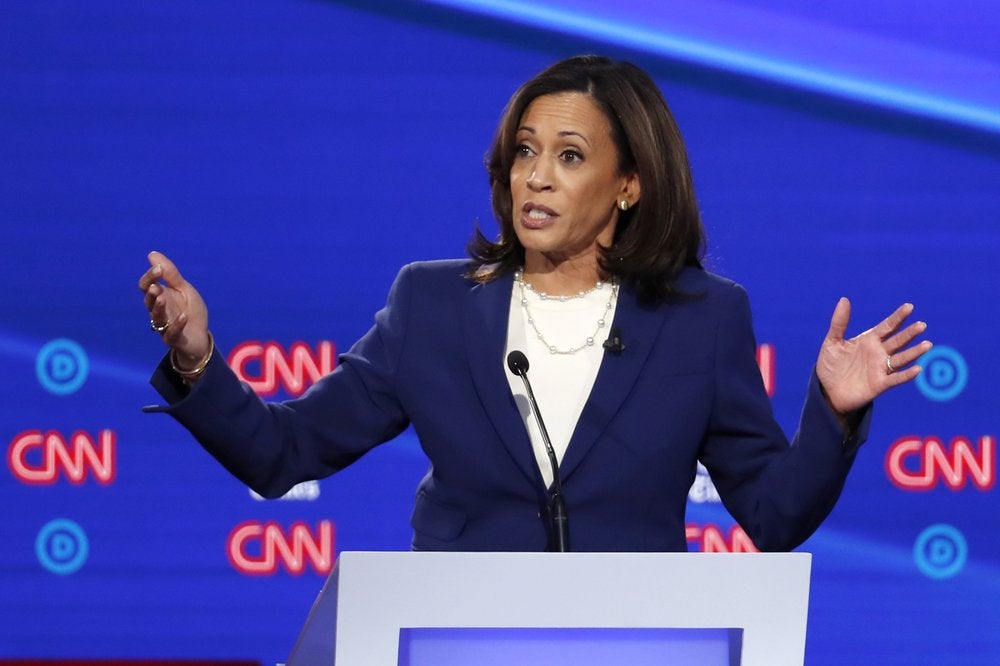 In this Oct. 15, 2019, photo, Democratic presidential candidate Sen. Kamala Harris, D-Calif., speaks in a Democratic presidential primary debate at Otterbein University in Westerville, Ohio. Harris and two of her Democratic Senate colleagues are trying to force the Trump administration to release documents related to the Ukraine investigation through the federal Freedom of Information Act. Harris, Richard Blumenthal of Connecticut and Sheldon Whitehouse of Rhode Island will file an information request Wednesday, Oct. 23 with the Department of Justice. It seeks documents related to Ukraine, China and justice department investigations into President Donald Trump’s political rivals. (AP Photo/John Minchillo)
by:
Posted: Nov 8, 2019 / 11:23 AM EST / Updated: Nov 8, 2019 / 11:23 AM EST

Harris says the idea is to align the school day with the traditional work day to reduce the burden of childcare on working families.

The Family Friendly Schools Act would extend the school day three hours – from 8 a.m. to 6 p.m. – during the school year.

Most public schools are open for instructional time for 160-180 days out of the year, according to the National Center for Education Statistics.

This leaves parents to figure out how to care for children on afternoons, weekends and holidays.

For working and low-income families, paying for childcare presents a challenge.

One conservative blogger, Matt Walsh, warned the plan was an attempt by democrats to “replace the family with the state.”

The senate bill has a number of co-sponsors and also has support from the American Federation of Teachers.

The bill would not require teachers to work longer hours without additional pay.