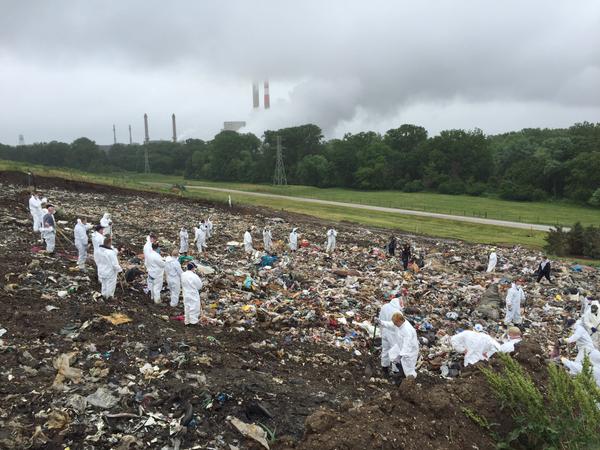 INDIANAPOLIS (WISH ) – Police wrapped up their search for 3-month-old Janna Rivera Sunday afternoon at the South Side Landfill.

They’ve been searching for the baby since she went missing Friday morning.

They’ll continue to search for the baby, but they say they don’t know how she could survive this long alone.

“We’re three days out from the baby’s disappearance. Based upon that we do not believe that baby Janna  is still alive,” said IMPD Lt. Richard Riddle.

The girl’s mother called police after coming home from work saying her daughter was missing and could be dead.

Police searched for eight hours Friday. They began looking within a five-mile radius of the house.

IMPD says the baby’s biological father then told them the baby was placed in an east side dumpster.

The search then went to the Mount Comfort Transfer Station, and then to the South Side Landfill.

IMPD hasn’t said when the search will continue, or if they’re still combing through the landfill.

They’re asking anyone with information to call 911 or Crimestoppers at 262-TIPS.