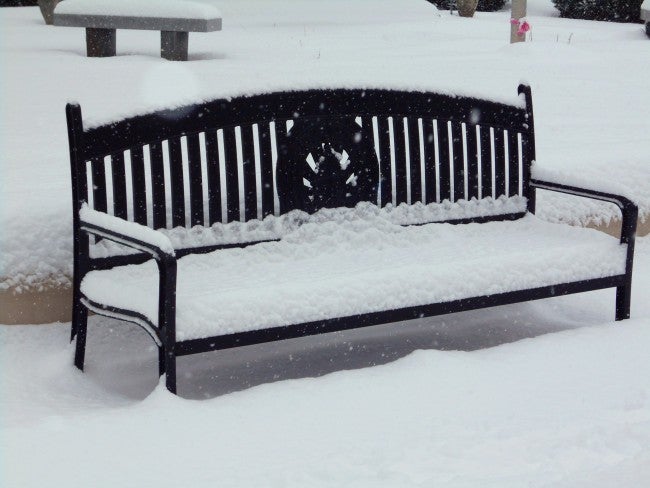 INDIANAPOLIS (WISH) – Snow fall came to an end in the metro area around 2 p.m. Saturday leaving behind several inches of snow for much of Central Indiana.

By 4 a.m. Bloomington reported 4 inches of snow while Putnamville had 3 ½ inches of snow. According to Indiana State Police, several slide-offs were reported from 5 a.m. on as INDOT and DPW crews worked to clear the treacherous roadways.

By 9 a.m. several counties were under travel watches and advisories. Those conditions have since improved, but advisories were still in place in some counties early Sunday evening.

At 11 a.m. ISP troopers responded to a jack-knifed semi in Boone County, which caused the northbound lanes of I-65 at State Road 32 to close for a few hours.

In Henry County multiple semi trucks were involved in a crash just before 1 p.m. ISP Pendleton dispatchers say an eight mile stretch on I-70 at the 118 mile marker was closed because of the crash. No serious injuries were reported.

Snow fall in the metro came to an end around 2 p.m. Indianapolis saw about 5.3 inches of snow.

Click here to check road conditions from INDOT and here for a county-by-county breakdown of Indiana travel statuses.

Check with the Storm Track 8 Weather Blog for the latest details.

This weather system knocked out power in some areas around the state. Below are links to Indiana power company outage maps: