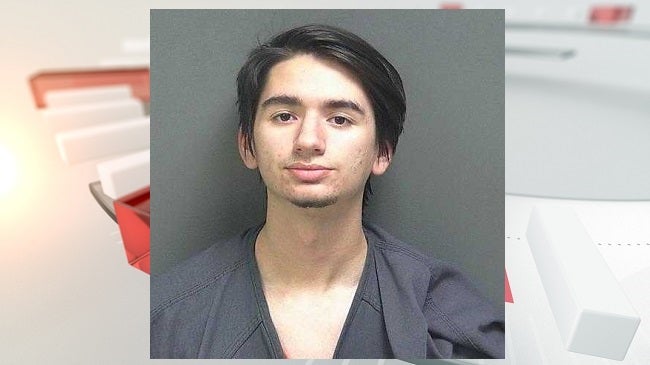 Layne Christian Favors pleaded guilty to possession of three counts of child pornography and a count of invasion of privacy and was sentenced to a year on probation, according to online court documents filed Sept. 26.

FRANKFORT, Ind. (WISH) — The Clinton County Sheriff’s Office on Friday arrested a high school student on accusations of having child pornography on his phone.

Investigators continued Friday to try to identify the victims in those pictures and to see if any of them are from the area.

The investigation began about two weeks ago when authorities got a tip about 18-year-old Layne Christian Favors.

Authorities said Favors has since bonded out of the Clinton County Jail.

“We’ve worked pornography cases before, but, to this magnitude, it’s probably going to be up at the upper level of our investigation,” Chief Deputy Joseph Mink said. “Because I’ve been here for a long time and I’ve never seen this much.”

The chief deputy said investigators searched the suspect’s phone and found more than a hundred pictures of child pornography.

“Even though he’s a young adult, kids, they do some crazy things with their cellphones. It’s kind of a situation they don’t realize the outcome,” he said.

The county has four public high schools: Clinton Central, Clinton Prairie, Frankfort and Rossville, and at least one private school with a K-12 program. Favors was arrested Friday at one of the county’s high schools, authorities said, but they declined to say which one because of the ongoing investigation.

“Because, if we’re having multiple victims or whatever from this individual’s school, we want to make sure we’ve got everybody deposed before we release it,” he said.

Authorities were urging parents to check their children’s phones and monitor their activity online.

“It’s imperative that you make sure what you’re child is doing with this phone. We’re in the great age of technology, and there’s a lot of weirdness out there in the technology,” he said.

Favors was arrested on three counts of possession of child pornography and one count of invasion of privacy.