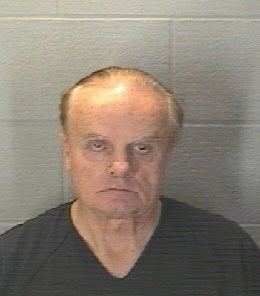 TIPPECANOE COUNTY, Ind. (WLFI) – A 72-year-old Tippecanoe County man, who has a chiropractic clinic in West Lafayette, has been charged with child solicitation and child molesting.

Detectives with the Tippecanoe County Sheriff’s Office began an investigation on Jan. 28 into Dr. Lon A. Kaminsky for child molesting involving a 13-year-old girl.

The family reported to police that during an appointment on Nov. 17, 2016, at Dr. Kaminsky’s Clinic – on State Road 43 in West Lafayette, near the State Police-Lafayette Post – the child was offered money for sex. They said in the past, the girl was delivered gifts and flowers from Kaminsky; and she had been seeing the doctor since she was 11 years old.

According to court documents, the victim told investigators Kaminsky had wrestled with her at appointments and that made her uncomfortable. At her last appointment, she said Kaminsky tried three times – exiting and re-entering the room – offering her money for sex. During the third attempt, she was able to record the doctor on her cellphone. The phone was turned over to police for evidence.

Kaminsky was arrested Monday afternoon. He was charged Thursday with child molesting and child solicitation, both felonies.

Kaminsky was in the Tippecanoe County Jail but bonded out Wednesday night.