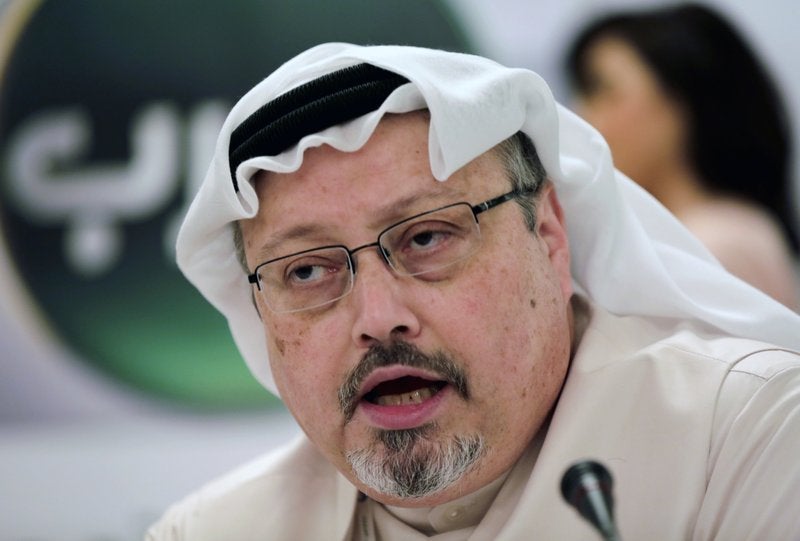 FILE - In this Dec. 15, 2014, file photo, Saudi journalist Jamal Khashoggi speaks during a press conference in Manama, Bahrain. Nearly one year has passed since the Oct. 2 killing of Khashoggi, whose body has still not been found, no one has been convicted and questions continue to linger over the crown prince’s culpability. At the sidelines of the U.N. General Assembly, relatives of activists detained in Saudi Arabia, and Khashoggi’s fiancée, wondered why those responsible haven’t been punished. (AP Photo/Hasan Jamali, File)
by: Associated Press
Posted: Jun 23, 2019 / 11:32 AM EST / Updated: Jun 23, 2019 / 11:33 AM EST

Trump did not answer directly when asked on NBC’s “Meet the Press” whether he’ll allow the FBI to examine the slaying of the Saudi Arabian journalist. In the interview taped last week and broadcast Sunday, Trump says Khashoggi’s killing has been “heavily investigated.”

Khashoggi was killed, and believed to have been dismembered, inside a Saudi consulate in Turkey by Saudi agents on Oct. 2. His remains have never been found.