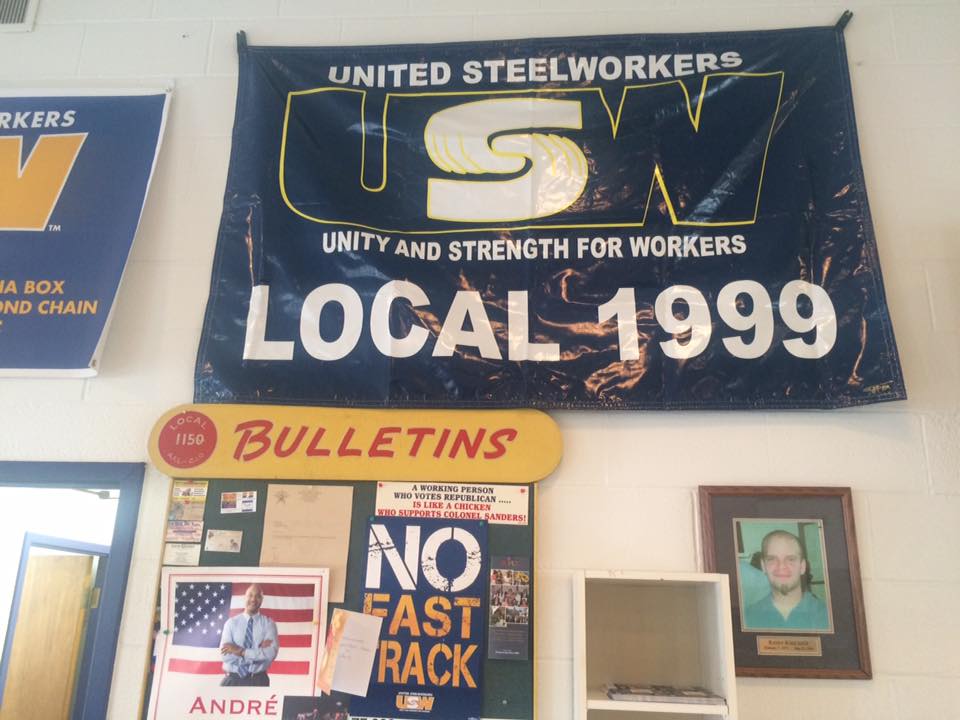 INDIANAPOLIS (WISH) — As Indianapolis prepares for Republican presidential candidates to arrive in town, Democrat Bernie Sanders is getting an endorsement from the local Indianapolis union that represents Carrier workers.

United Steelworkers Local 1999 made the announcement this week.

This might have come as a surprise to some Donald Trump supporters, because he’s been so outspoken against the Carrier decision to layoff local workers.

But ultimately the union felt Sanders represented more of its values.

Derrick Morris represents Local 1999 and says it was a clear decision for the executive board to endorse Sanders as their candidate for president.

“We took the recommendation to our membership and unanimously, everybody said yes we’re behind Senator Sanders,” Morris said.

The union chose Sanders over all the other candidates because of one issue.

“One of the reasons behind it is because Senator Sanders has been consistent with his message on trade,” Morris said.

The union represents the Carrier workers set to lose their jobs when the company moves manufacturing to Mexico.

Republican Donald Trump has been an outspoken opponent of that Carrier decision.

But Morris said that stance is not enough to earn their support.

“We appreciate Mr. Trump speaking about Carrier, but a lot of other stuff he says we just don’t agree with,” Morris said.

Morris said he believes Sanders’ political history makes him the right candidate to represent their issues.

“That was the main issue, just that we need to keep these jobs here, good paying jobs for Americans, and Senator Sanders has been there with us from day one with that message,” Morris said.

He said the Trump campaign has reached out to the union a number of times to talk about Carrier.

He said they appreciate that Trump is concerned about the issue and that it is remaining in the spotlight.

WISH-TV reached out to Trump’s campaign Tuesday for comment on the union’s decision but has not heard back.

Also, the union had not heard from Ted Cruz’ campaign as of Tuesday.