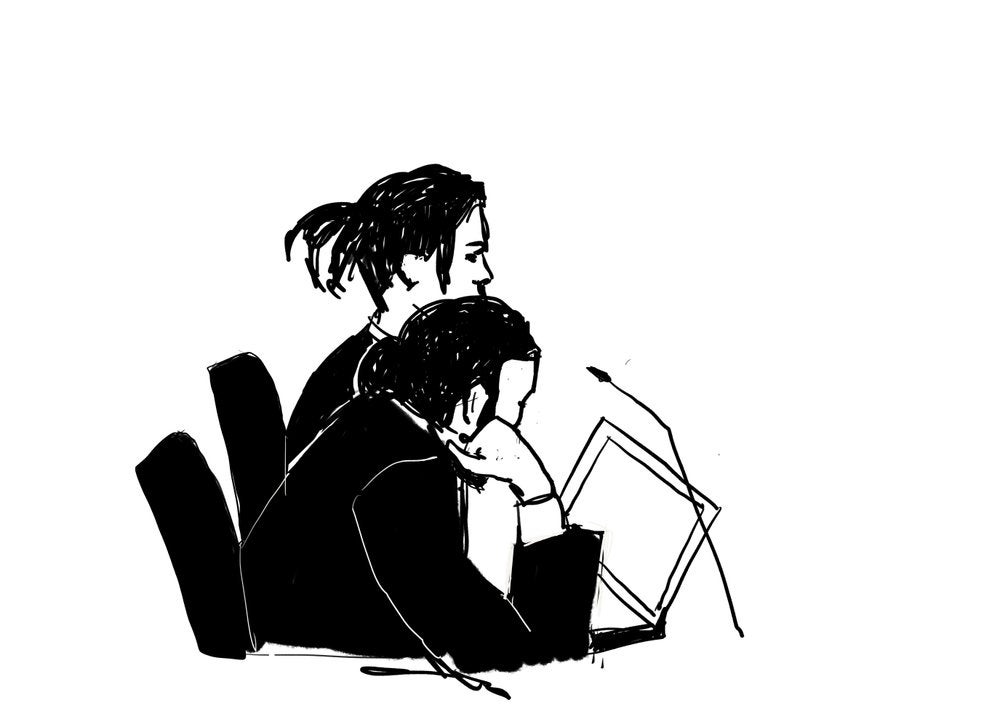 A$AP Rocky, rear, and his defence lawyer Slobodan Jovicic in the district court in Stockholm, Friday Aug. 2, 2019, on the third day of A$AP Rocky's trial. American rapper A$AP Rocky testified Thursday at his assault trial that he did everything possible to avoid a confrontation with two men he said were persistently following his entourage in Stockholm, but one of those men picked a fight with one of his bodyguards. (Court Illustration by Anna Harvard/TT via AP)
by:
Posted: Aug 14, 2019 / 04:55 AM EST / Updated: Aug 14, 2019 / 04:55 AM EST

STOCKHOLM (AP) — A Swedish court will rule Wednesday on whether American rapper A$AP Rocky is guilty of assault for his role in a June 30 street brawl in Stockholm.

The artist, whose real name is Rakim Mayers, earlier pleaded self-defense and said he had tried to avoid a confrontation with two men who he said were persistently following his entourage. One of them picked a fight with one of Mayers’ bodyguards, the rapper told the Stockholm District Court.

If convicted, he faces up to two years in prison.

The 30-year-old rapper and his two bodyguards were released Aug. 2 pending the verdict. All three have returned to the United States and are not legally obliged to be present in Stockholm.

Mayers told the court that 19-year-old Mustafa Jafari and his friend refused to leave the entourage alone despite several appeals, and claimed they appeared to be under the influence of drugs.

Testifying in court, Jafari said his memory of the events was confused because of the blows to his head during the brawl. He had told police earlier that he got angry as his headphones were broken during the initial argument with a bodyguard.

A full-scale brawl ensued shortly afterward and prosecutors allege that Mayers and his bodyguards — David Rispers, Jr. and Bladimir Corniel — beat and kicked Jafari while he was on the ground. They said Jafari was hit with parts of or a whole bottle.

Jafari claimed the rapper pushed him to the ground. The prosecution played video footage in court showing Mayers throwing a young man to the ground, and photos showed the alleged victim’s cuts, bruises and blood-stained clothes.

The case drew the attention of American celebrities and Mayers’ fellow recording artists, including Sean “Diddy” Combs and Justin Bieber. A social media campaign, #JusticeForRocky, has been pressing for his release.

The issue also became a topic of U.S.-Swedish diplomatic spat.

U.S. President Donald Trump intervened on behalf of the rapper while he was jailed, and called Swedish Prime Minister Stefan Lofven, offering to personally guarantee his bail, but the Swedish leader said he couldn’t interfere in a legal case. Trump later cheered the release of Mayers and his bodyguards.