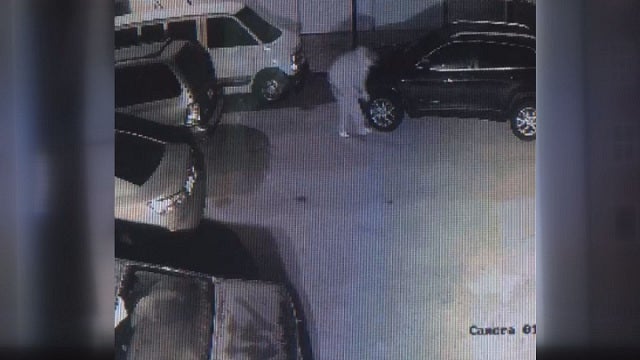 FORT WAYNE, Ind. (WANE)- A new video has surfaced which may give some insight into what led up to the fatal shooting involving a biker gang at Texas Roadhouse, Sunday night.

Police were called to the restaurant 710 W. Washington Center Road on a report of a shooting around 9:30 p.m. Hours later, 29-year-old Andrew Cassaday was arrested and charged with the murder of 28-year-old Jeff Lute.

A man who was with Lute last said they were leaving the restaurant when they were surrounded by 14 men who were part of the Steel Horse Rebels bike gang. Lute fired a shot at one of the men after being assaulted then Cassaday shot and killed Lute, according to probable cause documents.

A witness, who asked to remain anonymous, said Lute had been harassed by members of the bike gang for months. He said the feud apparently started months ago when Lute decided to get out of the biker gang.

“Two individuals started stabbing the tires, harassing him, and antagonizing him and inciting violence,” he said.

He said the members of the group weren’t going to let him go easy; they threatened Lute’s life and slashed his tires. He said since January Lute filed multiple police reports.

Home surveillance video of someone slashing Lute’s tires was released exclusively to Newschannel 15. The video does not show the person’s face but Lute’s friend said the person in the video is Cassaday. He claims police have a better tape that clearly shows his face.

According to the friend, Lute’s tires had been slashed at least four times. He said at least 6 different police reports of vandalism and harassment were filed with Fort Wayne Police Department. They were assured by the detective on the case that it would be handled, but still no charges have been filed.

Six police report numbers were provided to Newschannel 15, but the request for copies of the police reports were denied citing an “ongoing police investigation.”