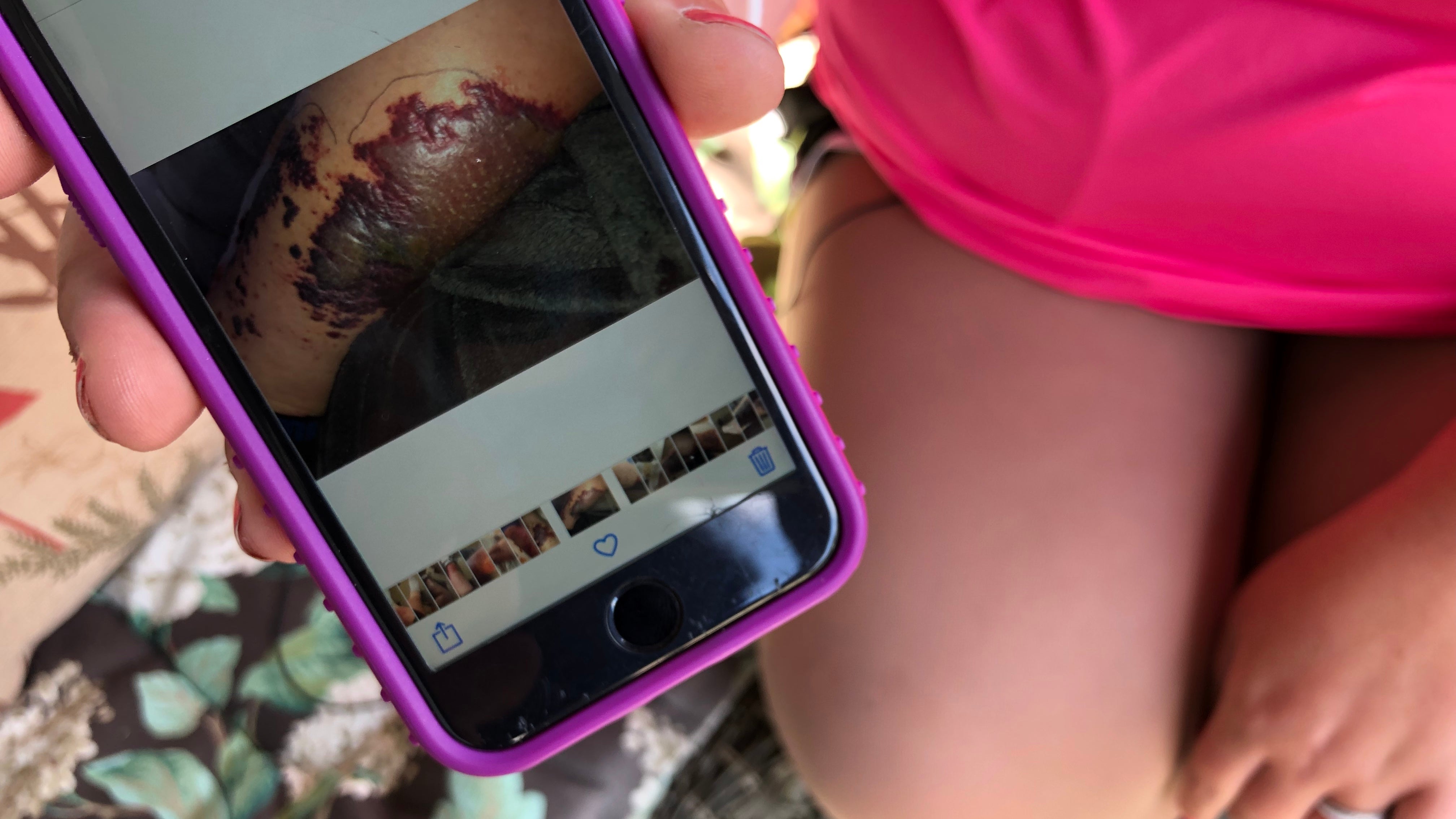 Taylor Bryant, 26, spoke exclusively with News 8 about her illness and monthslong recovery.

The west side resident developed nausea and cramping in her right leg during a family trip to Tennessee, she said.

“Our first family vacation!” Bryant told News 8. “What kind of luck is this?”

Within a day of first becoming symptomatic, she said “unbearable” pain and swelling made it difficult to walk.

Bryant sought care at a local urgent care clinic and was prescribed an antibiotic, according to medical records provided by her family.

Her condition deteriorated, she said.

By the time Bryant, her husband and their two young children had returned to Indianapolis — several days after she first noticed cramping in her leg — a rash was creeping up her calf and exploding in blisters.

Bryant described the pain as “worse than labor.”

Medical records show she was diagnosed with cellulitis, a common bacterial infection that can become life-threatening if left untreated.

Bryant’s leg failed to improve during a 10-day course of stronger antibiotics, she said.

She was referred to an infectious disease specialist and hospitalized for four days.

“I thought I was going to lose my leg,” Bryant told News 8. “They told me they couldn’t make any promises… and even if things went well, I might need skin grafts.”

“It didn’t feel like it was part of me,” she said. “To see all the pus and the color changes was creepy.”

Finally, she said, after a two-week course of intravenous antibiotics, doctors delivered the news she had been hoping for; her body appeared to be responding to medication and fighting off the infection.

“I hugged [the doctor],” Bryant said. “I just squeezed her. The whole time I was in the hospital, I was wondering, ‘Will I ever get better?’”

She welcomed News 8 cameras into her home Monday, nearly four months after the infection attacked her leg.

She wears compression stockings daily to reduce swelling and feels “different” sensations in her right calf, she said.

Doctors suspected she had contracted the infection from a hot tub while on vacation, according to Bryant.

Skin infections known as “hot tub rash” can affect people of all ages, according to the Centers for Disease Control and Prevention.

The CDC recommends removing swimsuits and showering with soap immediately after exiting a hot tub, and monitoring pH and disinfectant levels.

“At first, I was thankful to have my leg,” Bryant said. “But more so, [I’m] thankful to be alive. I feel like I need to warn other people.”