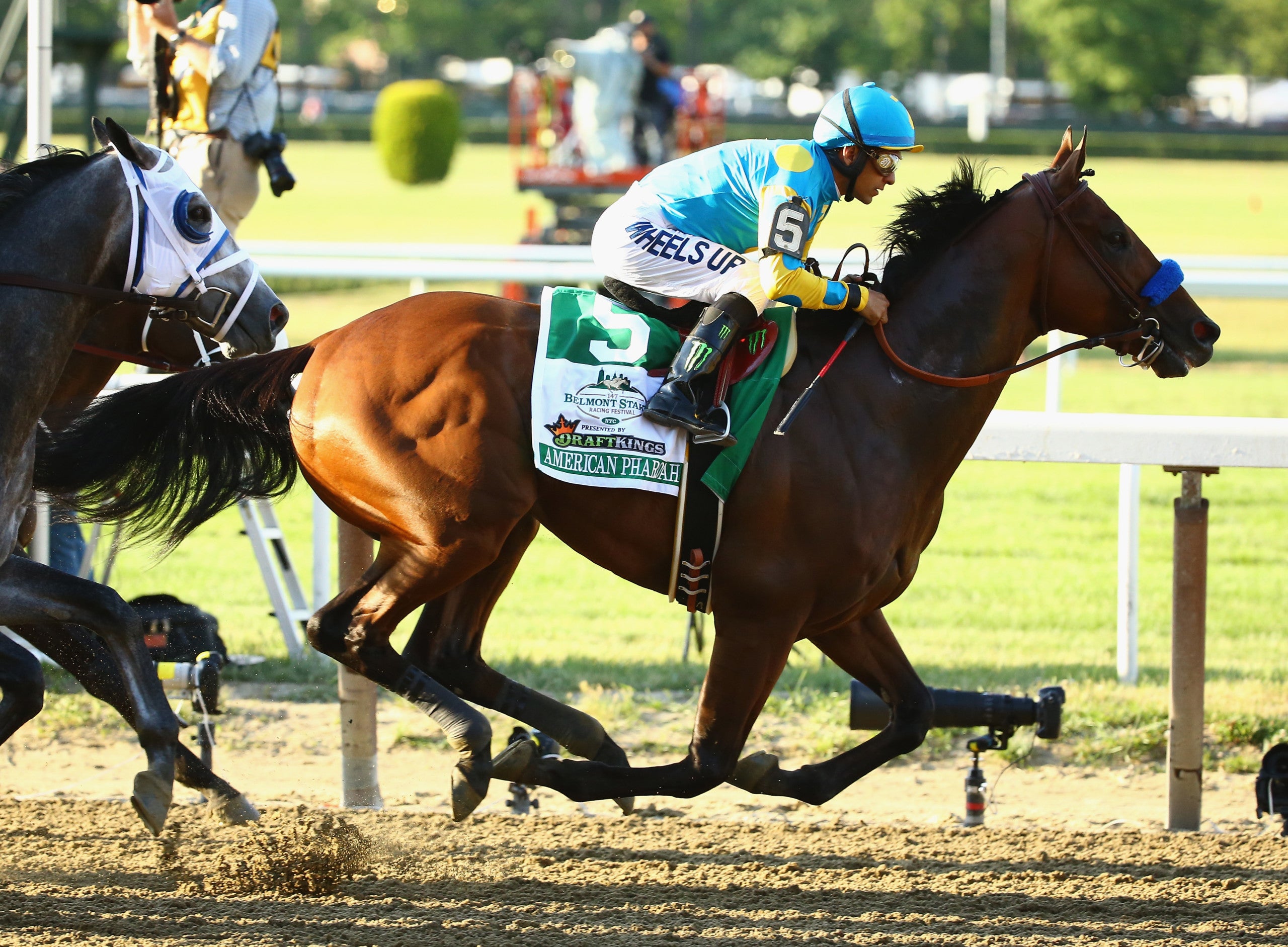 (CNN) — Ten racehorses were killed in a fiery tractor trailer crash early Sunday morning on the the New Jersey Turnpike. Two of the horses identified in the crash were sired by champion horses.

Nine of the horses died as a result of their injuries. A tenth was euthanized by a veterinarian on scene, Flynn told CNN.

The driver and a passenger were transported to an area hospital sustaining minor injuries.

West Point Thoroughbreds announced on Twitter that they owned two of the deceased fillies — Under the Oaks and Hot Mist.

Under the Oaks was sired by American Pharaoh, the 2015 Triple Crown winner who was the first to win the race trio in 37 years. Hot Mist was sired by Tonalist another prize-winning horse that won the 2014 Belmont Stakes.

The horse trailer was en route to the Saratoga Springs, New York, stables of famed racehorse trainer Christophe Clement when it crashed at 3 a.m. ET, West Point Thoroughbreds CEO and President Terry Finley confirmed to CNN. The horses were being transported from Florida where they spent the winter, Finley said.

“It appears as if it was a tragic, tragic accident. It’s a rare situation and everyone is shaken up by it,” Finley said.

Clement mourned the loss on Twitter Sunday as well, “We are all devastated by the news and heartbroken – we are working to understand what happened,” Clement said.

Clement has won more than 1800 races, and his company, Clement Racing Stable, has earned over $127 million in cumulative purse money, according to his website.

CNN reached out to Clement, but did not immediately hear back.

The trailer was owned and operated by Sallee Horse Vans, Flynn said.

“We’ve used Sallee Horse Vans for over 30 years and they’re really a great company and I know what they do from a safety standpoint and a maintenance standpoint. It’s just a heartbreaking accident,” Terry Finley said.

“This is a very tough time and we’re saddened by the loss,” Pieratt told CNN.