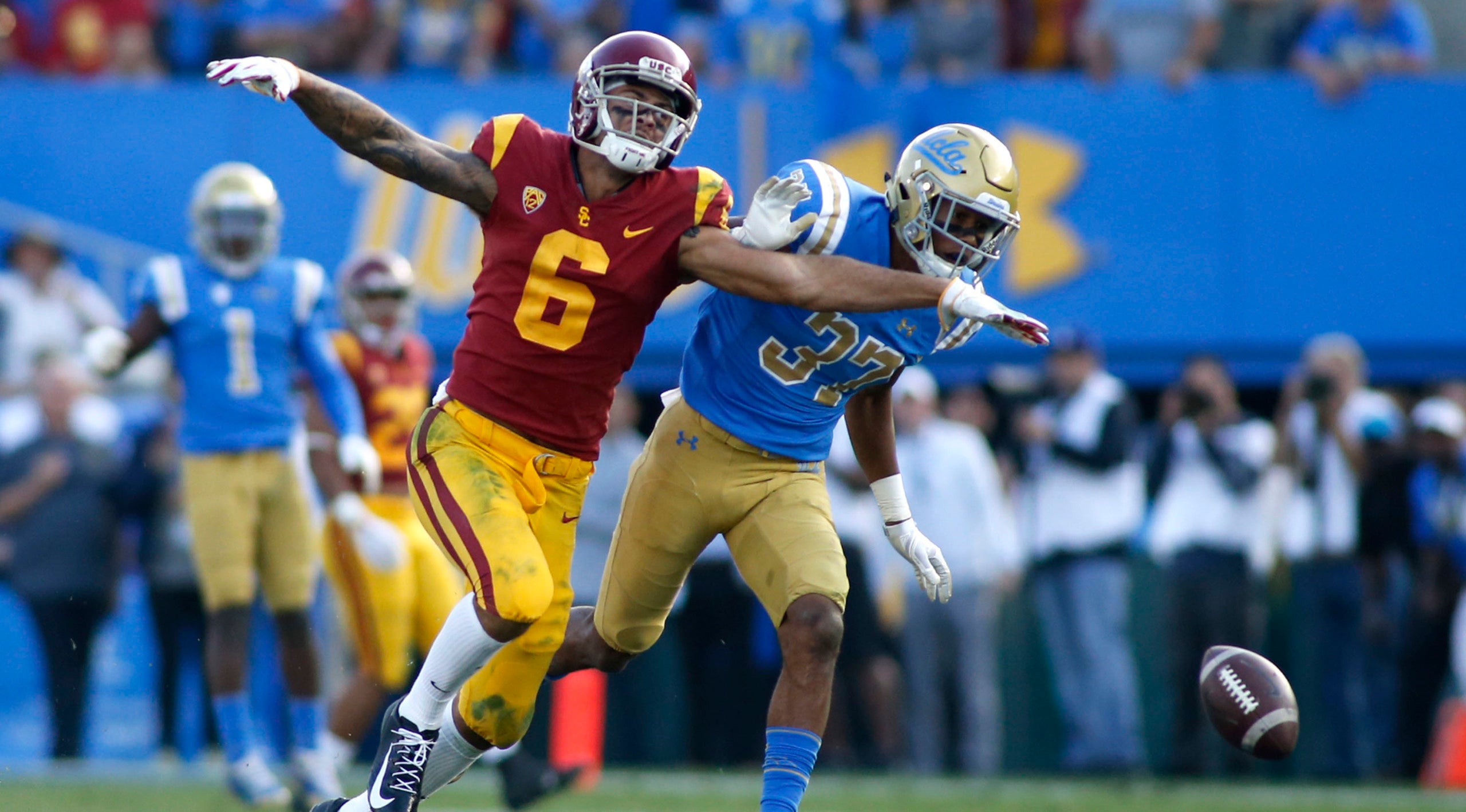 INDIANAPOLIS (WISH) — The Indianapolis Colts on Friday night picked a wide receiver and then a running back in the NFL Draft.

The Colts had already given up their first-round pick Thursday night to get quarterback Philip Rivers, so the team picks early Thursday night behind the Bengals in the second round.

Micheal Pittman Jr. of the University of Southern California was the first pick by the Colts in the second round. Pittman, 22, was the 34th pick overall in the draft. He is 6-feet-4 and 223 pounds. He is the son of former NFL running back and Super Bowl 37 champion Michael Pittman. He was one of the nation’s top pass catchers in 2019, finishing with 101 receptions for 1,275 yards and 11 touchdowns in 13 starts.

With the No. 41 pick, the Colts chose Wisconsin running back Jonathan Taylor. The 21-year-old is a 5-11 and 214 pounds, according to online information. He finished college as the No. 6 all-time rusher in the NCAA and the first player in history to rush for more than 6,000 yards in any three-year span.

News 8’s Charlie Clifford reports Pittman and Taylor combined for 37 touchdowns last season. The Colts had 39 total TDs as a team in 2019.

With the No. 85 pick, the Colts chose safety Julian Blackmon from Utah. Blackmon, who turns 22 in August, is a 6-foot, 187-pound native of Utah. The team said Blackmon, a former cornerback, earned Associated Press Second-Team All-American and First-Team All-Pac-12 honors in 2019, after starting 12 games at free safety, tying for the Pac-12 lead, and ranking 17th in the FBS, with four interceptions, while also collecting 60 tackles (four for a loss), four passes defensed and two forced fumbles.

Also during Friday night’s draft, Fishers High School graduate Jeremy Chinn, who played at Southern Illinois, was chosen as a defensive back for the Carolina Panthers. He graduated from Fishers in 2016. In his last year at Southern Illinois, Chinn recorded 71 total tackles — 2.5 for loss — with four interceptions, seven passes defensed, and a sack, the Panthers said.